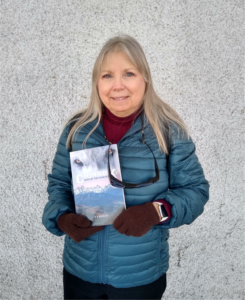 Fourteen years ago, Paula Wesley was driving near Geyser lake when a big white wolf with piercing, mysterious yellow eyes crossed her path.

“ He just stopped and stared right at me” Westly recalled. “ I love animals, and wolves have always fascinated me, that night, something just clicked”.

That’s when she started writing her first novel, ‘Chinook, King of the North’. 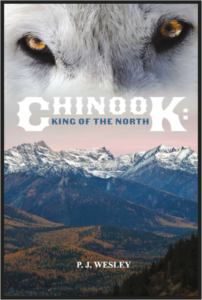 Although the plot has changed a bit over the years, Wesley says the basic story of a boy who befriends a wild wolf has remained.

“It’s a bit of a spoiler”, Westly told the Montanian, “ but there is a real-life historical drama weaving through the book as well, the story of the 1910 “Big Burn” near Wallace, Idaho and Fire captain Ed Pulaski who saved the lives of his crew by holding them at gunpoint.” she added.

This Huge Fire incident is also the subject of a 2015  PBS American Experience episode entitled ‘Big Burn- The Fire That Changed Everything’, and if that fire captains name sounds vaguely familiar, it is indeed where the name for the ubiquitous firefighting tool the “Pulaski” originated.

Many true family stories are also woven through the novel. Wesley designed the cover, including the cover picture, taken by Westly herself, which is the view from Horse mountain, looking toward the Cabinet mountain wilderness.

Wesley will be holding at least 3 book signings in the coming weeks; A reading will be held on Friday Jan 14 at Libby Lincoln County Library from 4 to 6 pm. and in Troy on Friday Jan. 21 from 4 to 6 p.m. and January 22 at Good News Christian Books and Music on Mineral Ave. Where she can personally sign a copy for you.