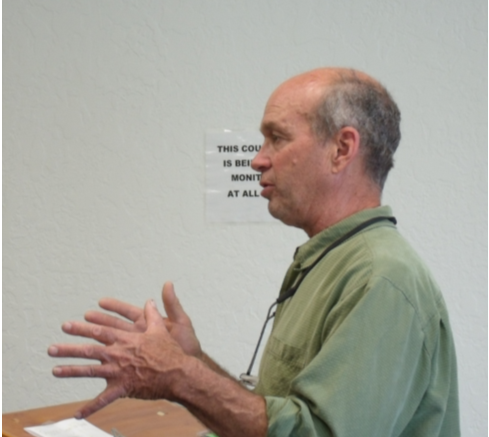 The work meeting started off with a presentation by Dave Hadden of Headwaters Montana Inc., concerning selenium.

According to Headwaters Montana, selenium is the principal pollutant being released by the five mountaintop removal coal mines in the Elk River Valley in Canada.

A letter presented to the Troy City Council goes on to state “No standard currently is in effect. Montana DEQ anticipates a standard to be set in 2020. Selenium levels are expected to increase in the future to levels considered harmful to aquatic life. It is vitally important that Montana citizens be allowed to witness/ participate in these negotiations.”

The letter also stated that the Lincoln County Commission, on April 3 of this year, sent a letter to Governor Bullock supporting water quality monitoring of Koocanusa and the Kootenai River.

Congress is considering a $6 million federal appropriation for fiscal year 2020 for water quality studies for Mont.., Ark.., Idaho, and Washington: all states with concerns about British Columbia water quality in rivers that cross into downstream U.S. states. Montana will receive a portion of the funds if approved.

After taking questions and answering them, Hadden went on to give a solution suggestion drafted by Headwaters Montana Inc. The group requested that the Troy Town Council write to Governor Bullock and support an open process in the Montana-British Columbia Memorandum of Understanding  negotiation process so that local people can observe and participate in rules that will guide the establishment of a selenium standard at the border. In addition, they requested that the Troy Council support the $6 million fiscal year 2020 federal appropriations request for water quality research on Lake Koocanusa and the Kootenai River as part of Montana’s effort to monitor and document water quality in the transboundary Kootenai.

At the June 19 Troy City Council meeting it was announced by Mayor Carr that the council had drafted and signed a letter as the Lincoln County Commissioners did, concerning water quality issues related to selenium in the Kootenai water system. The letter was mailed to Montana’s Governor.

One very important part of the June 12 Work Meeting was that Police Chief Katie Davis came into this gathering with the Police Officers that had been credited with reacting professionally and calmly as they dealt with a life threatening situation concerning a young man who had been shot accidentally with a .300 Winchester Magnum rifle.

As the culmination of work meetings and coordination by the council came to fruition, the council was able to approve several items of business. First, they approved a resolution to accept the Lincoln County Multi-Hazard Mitigation Plan. This plan among other provisions requires local governments to adopt a plan in order to be eligible for hazard mitigation funding.

Thirdly, they were able to approve the Northern Lights Inc. Operating and Maintenance Agreement, and lastly approval contingent upon changes to be recorded by City Clerk Tracy Rebo, the contract of the International Brotherhood of Electrical Workers as per the Collective Bargaining Agreement between IBEW Local 768 and the City of Troy.