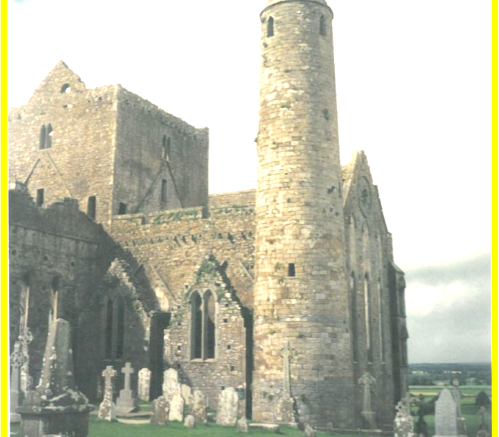 The Rock of Cashel, also known as St. Patrick’s Rock is located at Cashel, County Tipperary, Ireland. It’s origins relating to Saint Patrick go back to AD 432 when Patrick arrived at Cashel. According to Celtic legends, St. Patrick baptized King Aengus who became Ireland’s first Christian ruler. In 1101 the King of Munster, Muirchetach Ua Briain, donated his fortress on the Rock to the church. The setting is formidable, the history rich, and it is the site of one of the most remarkable collections of medieval architecture and Celtic art to be found in Europe. A 12th century Round Tower set on an outcrop of limestone is the oldest surviving building on the Rock. Cormac’s chapel houses the original Cross of St. Patrick. 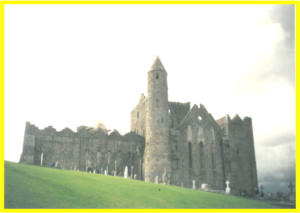