Marquis, Jeb E.
Charged with felony all other offenses. LCJC.

Weber, Tylin J.
Charged with felony theft, all others.

Montanan works on bringing “Redskins” logo back to Montana 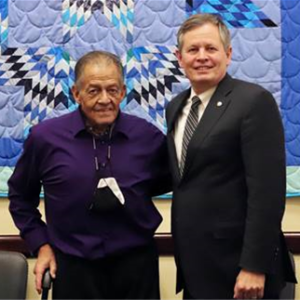 Walter “Blackie” Wetzel was from the Blackfoot Nation in Montana, and he is the man known for the Redskins logo. According to reports he has been described at fearless, selfless which helped him excel for the rights of Native American civil right movements. Walter passed away in 2003.

The logo itself is symbolic of the Wetzel family, his culture and his Blackfoot tribal ancestry.

The logo, an image previously depicted on the Redskins helmet is of John “Two Guns” Whitecalf, a Blackfoot Chief whose likeness also appeared on the Buffalo nickel, minted from 1913-38.