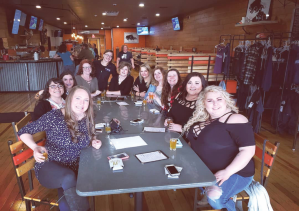 April 7 was National Beer day. A holiday created in remembrance of the 1919 Volstead Act that became law, making all beer, wine and grain liquors illegal, which was appealed by Franklin D. Roosevelt. That same day, over 1.5 million gallons of beer were reported to have been sold to Americans. Photo courtesy of Alyssa Ramirez.