Patchy freezing fog and low clouds through late morning in the valleys otherwise variable cloudiness. Highs in the mid 30s to mid 40s with near 30 around 5000 feet. Afternoon west to southwest winds 5 to 15 mph. 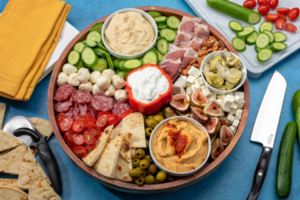 “The Nineties” By Chuck Klosterman 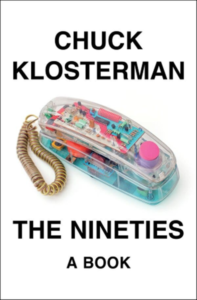 Book of the week courtesy of nytimes.co

Decades are about cultural perception, and culture can’t read a clock,” writes Klosterman, a journalist and cultural critic who has made pop culture and generational change his beat. He sets out to explain a decade that feels farther away than it really is. 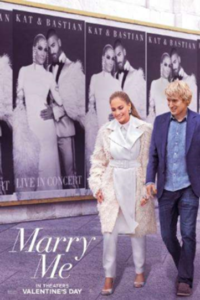 This movie explores the possibilities of what might happen when a superstar marries and average Joe as a joke and discovers that perhaps there are no accidents.

Montana gas prices have risen 1.1 cents in the past week, averaging $3.38/g today, according to GasBuddy’s daily survey of 615 stations in Montana. Gas prices in Montana are 2.2 cents higher than a month ago and stand $1.07/g higher than a year ago.

using any of the above methods

Pronunciation: now-eh-tuhk
Part of Speech: Adjective
Meaning: of or associated with or requiring the use of the mind.

REFLECTIONS: A Column by Tony Smith

“We write to taste life twice, in the moment and in retrospect.”

At my current workplace (Turning Winds Academic Institute—a therapeutic boarding school for troubled teens located in the Yaak Valley), I’ve often asked my students to describe their childhood experiences. Since many come from well-to-do families and primarily urban locations across the American landscape as well as overseas, summer trips to Europe, winter skiing adventures in the Italian Alps, vacations in Hawaii and the Far East, etc., are artfully articulated in great detail. But few reflect the semblance to the intimacy and memory of time, place, and people comparable to my own.  For if you were a kid growing up in rural Libby, Montana in the mid-1950’s, to early 60’s, one’s childhood would be completely foreign to not only those kids, but perhaps even to our own kids today.

For example, perhaps one climbed to the summit of South Libby Hill on a beautiful summer morning, arriving in time for the anticipated 10:00 a.m. “break whistle,” while resting near the lone sentinel yellow pine with the best view, gazing down on a bustle of mill activity-the screeching saw blades emanating from the sawmill, the smell of fresh sawdust, cranes loading and unloading logs in the pole yard where my father was employed. What we actually were witnessing was the sight and sound of a healthy economy, a prosperous community where economic anxiety was rarely expressed at home.  After- school or evening visits to the local hangout, “The Blue Bear,” catching the latest movie at the Drive Inn,  the A and W Root Beer stand or the Dairy Queen- prerequisites for participating in Libby’s first Little League games (created to “keep the parents off the streets,” according to Yogi Berra). Why, you hadn’t lived if you didn’t catch a Pete Nelson spiral (a memory that stings the hands to this day) out on the playground of old Central School, or witness a Gary Peck-Sandy Burns-led “fast break,” with Tom Murphy, Dean Morigeau, and David Stephenson on the wings. Absolute poetry in motion, it was!

And then there was baseball. – The “Great One”

It is rare to understand the impact of history when one is immersed in it. Artists, writers and musicians perhaps give us the best glimpse of current trends (history most often fails in that regard), but it seemed that most everyone knew that Alan “Red” Lamey was unlike any player we had seen before or perhaps since. Fluid, graceful, possessing uncanny instincts–all spoke of greatness. As an infielder, he made the hard plays look ridiculously easy, whether charging a soft ground ball or going deep “in the hole;” With a flick of the wrist, a runner was out. It was that pure and simple, but mostly pure! It seemed at times that “Red” was simply toying with a runner, but he was just setting his feet, and like an audience waiting breathlessly for the suspended chord ending a Brahms symphony, with a flick of wrist—he threw you out. His pitching was just as effortless, with the ball hidden effectively in his glove and throwing motion no further back than his right ear, the ball was on a hitter immediately upon stepping into the batter’s box. As a professional baseball draft choice, Alan spent the 1955-56 season with the Washington Senators organization (now the Minnesota Twins). One of the highlights in Libby baseball history was “Red’s” performance on August 7, 1958, pitching for the Missoula Timberjacks (now the Osprey) with a number of future major leaguers on the roster against the touring Havana Cuba Giants.

Libby baseball was then equal to all programs in the state, with the exception of the Billings Royals who, under the guidance of legendary coach Eddie Bayne, won 14 consecutive State Championships and made 4 Legion World Series, losing the 1960 championship game to New Orleans, 9-3. Dave McNally, the Major League Hall of Famer for the Baltimore Orioles (and the only pitcher to hit a grand slam in a World Series game) was 18-1 for the Royals that season. Bayne paid the ultimate compliment to Libby’s own Robbie Nelson, when, in the 1976 State Legion Tourney, he remarked that Rob had the best “stuff” he’d seen since McNally. Bayne said, in his own words, that Robbie’s curve ball just “fell off the table.” Most recently, Jim Stedman’s feat striking out 24 of 27 Great Falls hitters ( I was fortunate to witness that game in Great Falls), featured in the August 26th, 1968, edition of “Sports Illustrated “Faces in the Crowd” was referenced by The Western News.

It is my view that Libby’s baseball reputation was 2-fold:  First and foremost was the economic stability provided by J. Neils Lumber Company. Kids were more “baseball hungry than “job hungry.” Parents could provide for kids who loved the game and wanted every opportunity to play for as long as they could. Secondly, Libby had two coaching giants simultaneously. Frank Peck was a baseball “genius,” teaching fundamental skills to Babe Ruth kids who learned the game the “right” way. He taught defense, base running, and bunting in that order (the expression “small ball” was not in vogue at that time). He led the 1958 Babe Ruth team to the State Championship, and came closer to taking a Montana team to the Babe Ruth World Series than any team since the inception of Babe Ruth in 1952. Lee Gehring, the “father” of Libby Legion baseball, polished and enhanced the products coming out of Babe Ruth. In all, nine (9) players who played for Frank Peck and Lee Gehring would go on to play at the collegiate Division I (D-1) level.

Today’s Legion prospects have a tougher route, desiring to play ball, but needing a job in a struggling economic environment. Some do both, and in the best tradition of Frank Peck and Lee Gehring, are most fortunate in having a talented and dedicated baseball man in coach Kelly Morford.

Most impressively, Libby has one of the finest, if not the finest, Legion baseball facility in Montana. Crossing the overpass on Highway 37 and looking down on that gorgeously-maintained field is one of the best views in the state!

Reflecting back, little did I realize that the 1950’s were riddled with contradictions. A stifling conformity, overt racial discrimination, gender inequality, Vietnam, and Bob Dylan were ready to implode my youthful, idealistic innocence. Those tumultuous changes taking place by the mid-1960’s were best expressed by John F. Kennedy:

“We would like to live as we once lived, but history will not permit it.”