When Montana women’s golf coach Kris Nord sent his 10 players out on the course at Sunbrook Golf Club in St. George, Utah, on Thursday morning, March 18, for the opening round of the Lady Thunderbird Invitational, he had a new resource at his disposal, something he’s never had before.

A second set of eyes, professional ones at that.

Jim Mee, who grew up in Libby, competed at Carroll, earned his stripes playing the mini tours in and around
Arizona and is now an assistant pro at the Ranch Club in Missoula, has joined Nord’s previously one-person coaching staff.

“We encountered him a lot last year out at Ranch when we had practice, and I just thought it would be a perfect fit,” said Nord, who coaches a sport that requires plenty of one-on-one coaching during competition.

It’s a lot to handle for one person, who can only do so much with players scattered around the course, each dealing with her own adversities and issues.

“He’s put in time like he’s full-time, even though he’s part-time. He’s excited about it. It’s where he wants to take his career. I’m trying to get him going on that path and see what he thinks. He’ll really help.”

Mee supported himself for nearly a decade in Arizona playing on the mini tours, thanks to his short game. Give him a wedge or putter in his hands, and he can do with a ball what few others are able to do.

But that’s the technical side of the game. Last  Thursday, Mee encountered players who needed any number of things from him, from reading a green to overcoming back-to-back bogeys and other issues more psychological than physical. He’s well-versed on the subject of golf.

“I’ve played a lot of tournaments and have probably experienced about everything, from playing really well, where golf is easy, to feeling like you can no longer play golf anymore,” said Mee.

“Golf is very different from practice to on-course
competition. It will be nice to see what we can help them work on, what areas they need the most improvement.”

The son of career teachers and coaches, Mee slid into his new position easily and naturally.

“I’ve been around that forever,” he said. “I started chatting with Kris a little bit and it just kind of fell into place where it looked like I could help out a little bit. Everything kind of worked out from there.

“We’ve been working with the TrackMans and trying to get the full swings and wedges, and a little bit of chipping and putting, get it as dialed in indoors so when we go outdoors, we’ve got the work done.”

Mee arrived at Carroll to play basketball for Gary Turcott but quickly found a spot on the Saints golf team as well. He went all in on the sport after two years splitting his time between the two.

He helped Carroll win a Frontier Conference championship as a senior in 2012, then packed up his civil engineering degree and headed for Arizona to make a living from the sport.

“I got on a pretty good run there for a little while. It was fun, but it comes with a lot of travel and a lot of stress,” he said.

After eight years he got into the PGA program, then landed as an assistant pro at the Ranch Club, where he became accustomed to teaching every type of player, from kids just learning the game to septuagenarians trying to stay in it.

Since last month he’s been working more and more with the University of Montana’s golfers.

“The girls are talented. They are very open to things and can make changes. Little tweaks are no big deal to them,” he said. “They do it three or four times and it feels natural and they are off and running.

“They are a lot of fun to work with. I’m just going to try to help out where I can help out and hopefully help them become better players.” 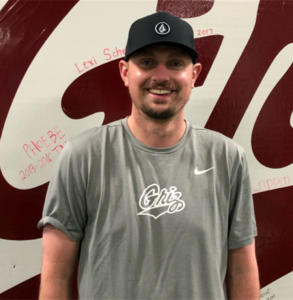 Growing up in the coaching environment and seeing my parents coach along with the other great coaches we had in Libby planted the seed which made me want to pursue coaching if the
opportunity ever presented itself,” shared Mee.

(Photo Courtesy of
U of M Sports)

Reny continues to lead on hardwood 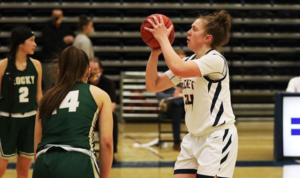 One of two honorees with a 4.00 GPA, Reny is majoring in health and
human performance with a human performance option. The Libby, Montana native has played in all six of the Yellowjackets’ games this season, averaging two points and 2.3 rebounds per game.

Reny is joined at the 4.00 GPA level by Central Washington sophomore Jenna Troy, who is majoring in construction management.

Reny is also among 17 repeat selections to the All-Academic Team. Six student-athletes were named to the team for the third year:

To qualify for the GNAC All-Academic Teams, presented by Barnes & Noble College, nominees must be of sophomore eligibility or greater, have a minimum cumulative GPA or 3.20 or greater, be a letterwinner on their team and must be in their second year at the nominating institution.

LVFD to use former Baeth Family Home for practice burn on Saturday, March 27… 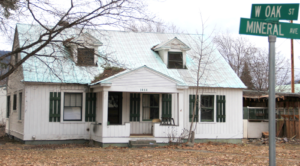 return for the event.   {Photo by Stacy Bender)

Our hearts are heavy with sentiments as the day grows near.  Several family members will be coming home to gather for the event.

Since we lost our
Uncle Dick Baeth during the COVID pandemic in April of 2020, the family did not get to have a proper memorial. As time has carried on,
however, many have stopped to mention what a great baseball coach he was for our community. On his headstone is
written, in fact, “He loved baseball and he loved his Yankees.”

Rest in peace, Uncle Dick. We miss you! And now we are all praying that something good might one day replace the home that anchored the Baeth family together for nearly nine decades.  Something for the youth in our town would be amazing: a swimming pool, an ice-skating rink, a skate park, another Dairy Queen? Just sayin’. 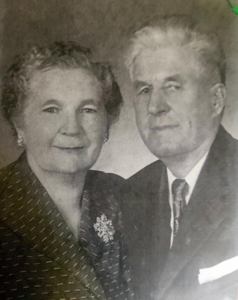 settled at the corner of Mineral Avenue and Oak Street in Libby nearly 90 years ago and have left a legacy of love that will forever fuel the embers of their family’s memories long after their original home is gone.  (Courtesy Photo)

As adapted by Gloria Byrnes of Libby

Gloria is the daughter of the Edna Mae Baeth, George and Myrtle’s tenth child, and remembers fondly listening to this tune across the
radio waves while singing along with her family.

This old house was home

and shelter as they fought the storms of life

This old house once rang

Now she trembles in the

Ain’t got time to fix the shingles

Ain’t got time to fix the floor

Ain’t got time to oil the hinges

Nor to mend the window pane

I’m getting ready to meet the saints

This old house is getting shaky

This old house is getting old

lets in the rain and

This old house lets in the cold

On my knees I’m getting chilly

But I feel no fear of pain

‘Cause I see an angel peeking through

As the house goes up in flames

“This Old House,” written by

The Treasury Department and
Internal Revenue Service announced on March 17, 2021, that the federal income tax filing due date for individuals for the 2020 tax year will be automatically extended from April 15, 2021, to May 17, 2021.

“This continues to be a tough time for many people, and the IRS wants to continue to do everything possible to help taxpayers navigate the unusual circumstances related to the pandemic, while also working on important tax administration responsibilities,” said IRS Commissioner Chuck Rettig. “Even with the new deadline, we urge taxpayers to consider filing as soon as possible, especially those who are owed refunds. Filing electronically with direct deposit is the quickest way to get refunds, and it can help some taxpayers more quickly receive any remaining stimulus payments they may be entitled to.”

Individual taxpayers can also postpone federal income tax payments for the 2020 tax year due on April 15, 2021, to May 17, 2021, without penalties and interest, regardless of the amount owed. This postponement applies to individual taxpayers, including individuals who pay self-employment tax. Penalties, interest and additions to tax will begin to accrue on any remaining unpaid balances as of May 17, 2021.

Individual taxpayers do not need to file any forms or call the IRS to qualify for this automatic federal tax filing and payment relief. Individual taxpayers who need additional time to file beyond the May 17 deadline can request a filing extension until Oct. 15 by filing Form 4868 through their tax professional, tax software or using the Free File link on IRS.gov. Filing Form 4868 gives taxpayers until October 15 to file their 2020 tax return but does not grant an extension of time to pay taxes due. Taxpayers should pay their federal income tax due by May 17, 2021, to avoid interest and penalties.

The IRS urges taxpayers who are due a refund to file as soon as possible. Most tax refunds associated with e-filed returns are issued within 21 days.