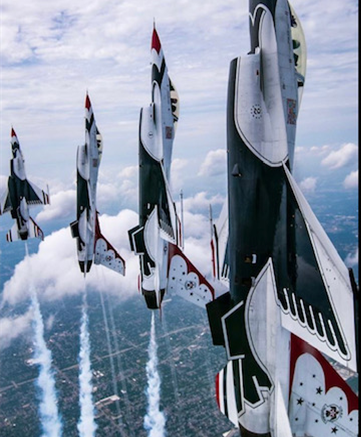 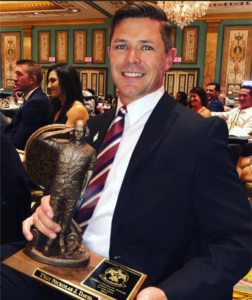 We cannot choose whose blood courses through our veins, whose shadow we are born under, or where our family comes from. We can choose, however, how we are to live our lives with the knowledge of those who came before us. Tech Sgt. Nickolas David of Libby not only embraced his family’s legacy but continues to make it his own.

His family is one of service: many of his relations served their communities as law enforcement, and since he was a kid he grew up with his grandfather’s telling him their war stories of their time in the military. It was no surprise then when Nickolas enlisted right out of high school in 2009. His family beamed when he joined the Air Force. Even grandpa Joe, who grumbled about how spoiled the Air Force was when he was in the Army, could never truly cover up the pride he felt for his grandson.

Nickolas traveled the world fixing planes and following the call of service. He became the man that others could rely on, the person who always arrived early and worked late. It was not long before his work-ethic was noticed and he was asked to join the elite Thunderbird team in 2017, the “best of the best” and the public face of the Air Force. Joining the elite flight demonstration group took him all over the country, working at dozens of shows a year, making sure that the F-16’s could fly smoothly and safely. It may have been the pilots who wowed the crowd, but it was Nickolas and his team that got them in the air. Nickolas’ adventures were not only domestic, however. In 2019, Nickolas met with the president of Columbia, Iván Márquez, during a flight demonstration. Not only can Nickolas speak fluent Japanese, but Spanish as well. President Márquez was so impressed, that he traded commemorative coins with Nickolas to celebrate their meeting.

By all accounts, Nickolas is not someone who idled by waiting for others to act, rather he is someone who worked harder, trained constantly, and always strove for his best self. On the November 23, Nickolas finally received some long overdue attention for his devotion by receiving the Crew Chief of the Year award in honor of Thomas N. Barnes: the first African American Chief Master Sergeant in the U.S. Air Force, known for his unflinching and impeccable service in the Air Force. Today the award is granted after a nomination and recognition from one’s peers for displaying the same dedication and leadership. Upon acceptance of his award, Nickolas also achieved the rank of Chief Master Sergeant and will assume control as the new Line Chief of the Thunderbirds for 2020, overseeing the operations and maintenance of the group.

Talking with his mother over the phone, Nickolas’ story is more than about his service, though it’s quite obvious that his military achievement makes her a proud mother. Her stories of him paint a picture of a man modest about his achievements, honest, hardworking, dedicated, kind, and loving, especially to his friends and family. Ultimately, it may be his awards that make the papers, but it is how he touches and impacts the lives of those around him that builds upon and continues the proud legacy of his family.