This past weekend, June 7th & 8th, Parker Paulsen organized about 25 volunteers to restore the picnic tables and railings at the Fawn Creek Campground. General clean-up was also provided. By the end of the second day, the volunteers had donated 260 man-hours to beautify the campground.

Parker and his volunteers felt the restoration would enhance the experience of both campers and other visitors. The enhancement will provide a brighter, satisfying outing for many people now and for years to come. Parker felt added satisfaction knowing he conceived, planned, organized and managed the project.

The project also satisfied requirements to earn the rank of Eagle in Parker’s scouting endeavors. Parker’s scout troop #1970 is sponsored by The Church of Jesus Christ of Latter Day Saints. Providing service to others is a major focus of this troop.

Parker expressed his gratitude for all of the volunteers. He is also very appreciative of Western Building Center, Ace Hardware, and 6 other individuals and entities for providing needed materials. 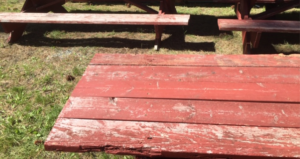 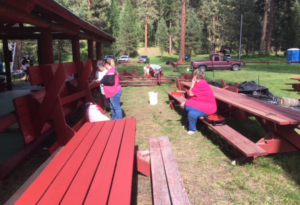 May 18 and 19th the Koocanusa Resort held their 17th Annual Fishing Derby.

There was a total of 308 people and 115 boats with a total pay out of $6,160. According to the resort the fish ran a little smaller this year averaging between 7 to 13 inches long. 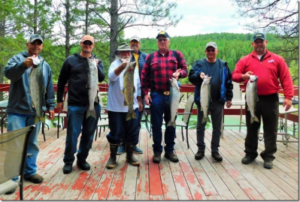 Communications are a major part of the Friends of Scotchman Peaks Wilderness (FSPW) work. Talking about why wilderness matters takes time and talent.

For eight years, Cameron Rasmusson has done just that — for many Sandpoint issues. As a journalist covering the Sandpoint area, Cameron connects residents to things that matter. He will use that experience as a member of the Scotchman Peaks team. Meet Cameron, FSPW’s communications specialist and newsletter editor.

“I’ve always been interested in the work the Friends of Scotchman Peaks Wilderness does,” Cameron said. “I think I can add a lot to the Scotchman Peaks team. And there’s a chance for me to learn a lot, too.”

Cameron grew up in Libby, Mont., an area known for its natural beauty. After all, the Scotchman Peaks are as important to Northwest Montana as they are to North Idaho. Cameron has deep roots there. Longtime FSPW volunteer Gene Reckin was Cameron’s biology teacher at Libby High School.

After high school, Cameron studied journalism and history at the University of Montana in Missoula. His first job out of school was with the Bonner County Daily Bee, working as a reporter and writer. In 2015, he became editor of the Sandpoint Reader, distributed weekly throughout a broad region from eastern Washington to Northwest Montana.

“We are excited to have Cameron join our staff,” said FSPW Executive Director Phil Hough. “With his skills as a writer and editor and his deep roots to our area he brings a lot to our team!”

Cameron is also excited to put those skills to use to save the wild Scotchmans. He will write blog posts, edit the quarterly newsletter and get the word out about our wild backyard.

Find out more about Cameron and the Scotchman Peaks at www.scotchmanpeaks.org