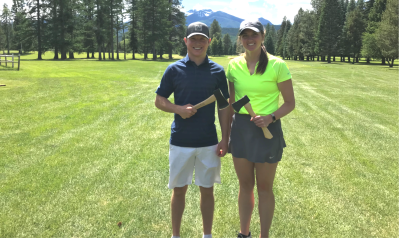 On Wednesday, May 29, the Lincoln County Salary Committee unanimously voted for elected officials to receive a comparable salary to those of  elected officials in other counties of similar size and population.

The vote calls for a 20 percent increase in compensation.

The salary committee, which includes six elected officials and a citizen member from each district, approved the increase with a vote of 10-0. Administrators are certain the increase will fall in line with the county’s budget and will only be apply if so.

Montana Code Annotated 7-4-2503 establishes county wages based on its clerk and recorder salary. This figure was adjusted upward by 7½ percent at this time last year.  Due to the recent vote, the clerk’s salary will be adjusted upward by 20 percent.

As the county begins its 2019-20 budget preparations, establishing salaries is important. The total pay raise for elected officials now stands at $84,138.57 annually.

The budget increase for 2019-20 salaries will be adjusted upward when commissioners approve raises for the other 147 county employees in coming weeks.

The make up of county employees is 114 full-time workers, of which 41 earn a salary through grants. There are 16 part-time workers, nine elected officials, two temporary employees, and six seasonal employees.

By Dawn Manchester, The Montanian

On Wednesday June 26 at 4:30 PM Flathead Electric will be hosting an open house in downtown Libby and the Flathead Electric Coop office. So plan to meet up about 4:30 at the Coop and learn about their energy conservation and renewable energy programs. Afterwards the group may go to the brew pub or Rosita’s.

The Coop will bring an electric car (or two) over to Libby that can be loaned out to interested Coop members in the Libby area. Depending on demand you may be able to use the car for several hours or a perhaps even an entire day. If you are interested apply on-line so Coop can get you on their schedule. www.flatheadelectric.comIf you are not a Coop member team up with someone who is and at least go for a ride! If you try out a car be sure and let us all know what you think.

The Ben Graham Memorial Tournament took place on Saturday and Sunday, June 2 and 3 at Cabinet View Golf Course. These are the results of the tournament.