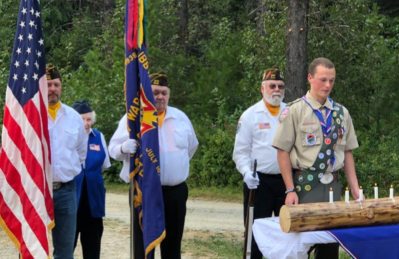 Samples from three additional white-tailed deer in the Libby area are suspected to be positive for chronic wasting disease.

Montana Fish, Wildlife & Parks was notified of the suspect samples on July 3. The Veterinary Diagnostic Lab at Colorado State University in Fort Collins, Colorado identified the samples to be suspected of CWD infection and will run second tests for confirmation.

The new results mark the latest detections of CWD in white-tailed deer in the Libby area. The initial detection, which occurred in late May inside city limits, marked the first time that CWD was detected west of the Continental Divide in the wild. The second positive detection was collected near the first sample site.

From late May through July 3, FWP has submitted 29 samples of white-tailed and mule deer for CWD testing. Two are confirmed positive and three are suspected to be positive. The positive detections have only involved white-tailed deer. CWD was not detected in 18 samples and results are pending for six. Sample results typically arrive within 10-14 days of submission.

FWP is working closely with the City of Libby and Lincoln County to develop a CWD surveillance plan. In accordance with Montana’s CWD Management Plan, FWP has assembled an Incident Command Team involving FWP staff from Libby, Kalispell, Bozeman and Helena to respond to the situation.

The next step in addressing CWD in and around Libby is to determine the geographic distribution and prevalence (i.e. percent of the herd infected) of disease in the herd by sampling deer. FWP is working with the City of Libby to sample in and around town, as well as within a larger Initial Response Area (IRA). This IRA will encompass a roughly 10-mile radius of the collection sites.

There are no good tests for live animals, so FWP samples deer removed by agency staff and hunter-harvested deer, elk, and moose within the IRA. To accurately determine disease prevalence, FWP will sample at least 200 deer randomly from within the IRA, which is only a small percent of the total deer in the larger area, as well as approximately 200 deer in the urban center of Libby. FWP is also sampling road-killed deer, elk and moose. Details about potential hunting season changes related to CWD, the size and description of the IRA, game check stations, carcass transportation restrictions, and how to get an animal sampled will be forthcoming.

FWP, the Libby Police Department and Lincoln County Sheriff’s Office are responding to reports of deer that appear sick and removing the animals for sampling.

For people in the Libby area who see a deer that appears to be sick, please call (406) 291-6539 or Lincoln County Dispatch and leave a message with your name, number, the location of the animal and the time you saw it.

CWD is a progressive, fatal disease affecting the nervous system of mule deer, white-tailed deer, elk and moose.  If left unmanaged so that a large percentage of a deer or elk herd becomes infected, CWD could cause significant population declines in the decades to come.

There is no known transmission of CWD to humans or other animals, including pets or livestock. The Centers for Disease Control and Prevention (CDC) recommends that hunters harvesting a deer, elk, or moose from an area where CWD is known to be present have their animal tested for CWD prior to consuming the meat, and to not consume the meat if the animal tests positive.

CWD has been in Montana since at least 2017. These prions are found throughout bodily tissues and secretions and are shed into the environment before and after death. When other animals encounter the prions, either from infected animals (contacting saliva/feces) or from contaminated environments (eating grass on infected soil), they can be infected. FWP has campaigned across the state informing residents to dump carcasses at proper landfills to avoid releasing CWD into the ground on public or private property.

Programs will be short, fun and interactive.

All programs will start at 1:30pm and finish by 2:00 p.m. Programs are geared for ages 5-13 yrs of age, families welcome, must be accompanied by an adult.

Learn about a different topic on each of 4 Saturdays:

Please plan to be here 10 min before start time to get your spot.

There will also be a tour at 2 p.m. feel free to stay and learn about the Libby Dam, surrounding area, and wildlife.

Please bring a photo ID for all adults, if going on the Dam tour please.