offense, all others. OOC.

Charged with felony
failing to register SVOR, additional offense, all
others. LCJC. 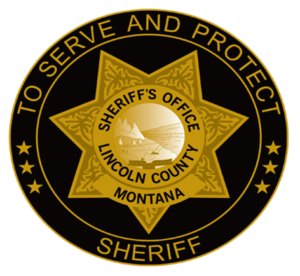 At approximately 9:00 am on
August 2, 2021, searchers from David Thompson Search and Rescue discovered the body of a 17-year-old male who has been missing and presumed drowned in the Kootenai River near Kootenai Falls.

The male was found approximately
four miles downstream from where he disappeared. David Thompson Search
and Rescue has been searching for the male with the aid of canines since the
disappearance. The Lincoln County Sheriff’s Office responded and assisted search and rescue personnel in recovering the body. The family has been
notified.

On July 20, 2021, at approximately 6:16 pm, Troy Area Dispatch received a call from a male who said his brother had fallen off a cliff. The reporting party stated that they had been biking on a trail above Kootenai Falls when he had
fallen out of sight.

9:51 p.m.  A Libby man requested an officer to come to his house because while he was not home someone had placed a condom over the door knob of his trailer and he didn’t want to touch it to go inside.

***The Seattle company Biosonics, Inc. concluded from sonic radar data
taken in November, 1990, that
Lake Koocanusa, the 90-mile long
reservoir formed on the Kootenai River by Libby Dam, is home to about 5 million fish, mostly kokanee and peamouth.

Kalispell (AP) – One of five bears at the new Great Bear Adventure park near Coram has died of rabies and the park faces clsure by state officials.

Anaconda (AP) – The J.C. Penney store here will close next January due to poor sales and profits. J.C. Penney has had a store in Anaconda for 76 years.