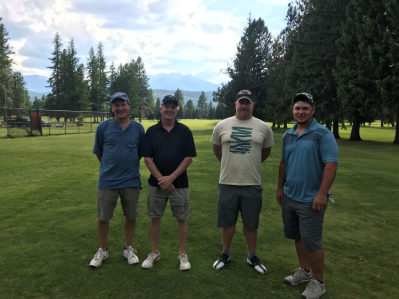 As of Friday, July 26, Robyn King, Executive Director of the Yaak Valley Forest Council, 32-year resident of the Yaak Valley, a founder of the forest council, as well as a member of the Kootenai Forest Stakeholders Coalition, has been named to the Montana Grizzly Bear Advisory Council by Governor Steve Bullock. She is now one of the only 18 Montana Citizens to have been named to the council by Governor Bullock.

The council was originally formed as a way for statewide members to discuss long-term grizzly bear management as well as grizzly bear conservation.

In April, Governor Bullock asked for applications for the position in the council from people with diversity in the mind of views and commitments to working together on the future of grizzlies in Montana.

Before making a final decision on who to choose, with more than 150 applicants, Governor Bullock discussed with Montana Fish, Wildlife and Parks on who would be a prime candidate. Bullock selected the council to reflect the diversity of people who have connections to not only grizzly bears but also those who work, live and recreate in and near bear country.

The council, as a whole, are a representative for areas in which grizzlies reside or may be found to reside.

Maintaining human safety in and around bear country

Engaging all partners in grizzly-related outreach and conflict prevention; and

Both meetings will be held in the Ponderosa Room of the Montana Department of Environmental Quality’s Cedar Street building at 1225 Cedar St., in Helena. Attendees also may participate remotely by phone and online.

The Committee will hold its next regular quarterly meeting Thursday, Sept. 19, in Libby, 6-8 p.m., at the Lincoln County Courthouse, 512 California Ave.

The August meetings were scheduled to allow the Committee to expediently address action items identified in its June quarterly meeting, including the drafting of a Committee position letter to the Environmental Protection Agency on how remaining Libby Remedial Action Funds will be used.

Information about the currently scheduled meetings, team members and past meetings (including agendas, approved minutes and documents) may be found at: deq.mt.gov/DEQAdmin/dir/libby/SATeam

On August 1 The Lincoln County Sherriff’s Office received conformation of the identity of toddler found in West Fisher Creek area.

The toddle has been positively identified as 2-year-old  Aiden Salcido. Cause of death has been determined to be from gunshot wound to the head. This continues to be an ongoing investigation.

replaced for free at FWP

Hunters and anglers with licenses that are displaying faded text making them difficult to read can have those licenses replaced at no cost at their regional Fish, Wildlife & Parks office. Another option is to go to fwp.mt.gov, login to MyFWP and request a digital version of your license to print at home or download to a smart phone. Digital licenses are good for everything but a carcass tag.

Replacement at an FWP office for faded licenses do not count against the number of replacements an individual is allowed. Local license providers are unable to offer free replacements; the cost is $5 for each license replaced.