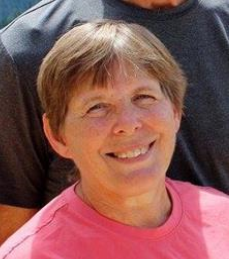 Beth Rene (Nobles) Iliff, 61, of Libby, transitioned peacefully to her heavenly abode on May 25th, 2019 to nurture and mentor an even larger family than she left here on earth.

Beth was born to Lawrence Gene and Juanita Nobles on October 5th, 1957 in the California Bay Area, moving with her brothers Jeff (Pamela) Dane (Sheila) and sister Gena (Rudy) to Polson, MT in 1968 where Beth met, attended school with and later married the love of her lifetime, David Iliff.

After raising their family, Beth and Dave spent many happy years in Asia as educators and missionaries sharing their talent and gifts in communities large and small in multiple countries.

Beth is preceded in death by her mother Juanita Nobles.  She is survived by those mentioned above, a large extended family and a legion of friends from the US, Korea, China and the Philippines.

Thousands are richer for having known Beth as a friend in Christ.  Her grace and loving support will be remembered always.

A celebration of Beth’s life will be held later this year. Arrangements are by Schnackenberg Funeral Home in Libby.  Online condolences and memories may be shared at www.schnackenbergfh.com.

In lieu of flowers, family requests donations be made to a charity that Beth and Dave started to help fund mission work in the Philippines: