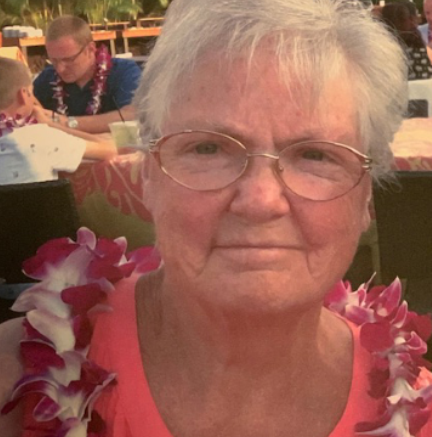 Her parents moved to Hamilton / Bitterroot Valley when she was a child and they remained there throughout most of her school age years. She spent some time in Condon. She then went to school in Seely Lake where she graduated from high school. Carrie worked in the Bob Marshall for some summers.

Carrie met her husband, Dorman Nolan, in Libby, Mont. when they were 16. After graduating, Dorman joined the army and came home for Christmas in 1966, and they were married on Jan. 7, 1967 in St. Ignacious, Mont. After spending some time in Ft. Belvoir, Va. they were stationed in Germany. That is where their first daughter was born in 1967.

In 1968 they came back to the states and settled in Sunnyside, Wash. where their second daughter was born in 1969. Dorman worked for the local John Deere dealer. The family loved to camp and jeep.

Carrie was an avid seamstress and was always canning, sewing or cooking. Carrie loved her family and friends. She was always delivering goodies or homemade items to them to brighten their day.

In 1991 they moved to Tenino, Wash. where they lived until their retirement in 2012. They then retired to Libby, Mont. where they built their dream cabin in the mountains and spent as much time there as the weather allowed.

Carrie is preceded in death by her granddaughter, a brother, and her parents.