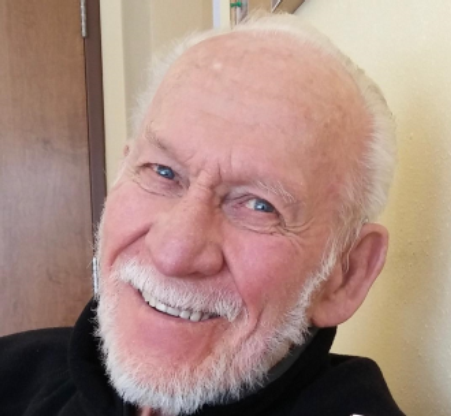 In between the years, Del had a love for God and Country. He served in three different branches of service, Army and the Navy, and Army Reserve, from July 22, 1954 to July 6, 1956, fighting in the Korean War.

Delbert loved his family, spending time with them, always wanting to bring a smile to their faces, with his wit and humor. His granddaughter Peyton had a game she would play with Papa. She would sit in his lap and he would let her mess up his hair. It brought such joy and laughter to their faces, and to all those that were there.

Delbert loved working with his hands making metal sculptures, making things for their yard and garden. Being quite the outdoorsmen, he loved to hunt, fish, and go camping with his family.

He was preceded in death by his father, Donald Collins, his mother, Daisy Collins Webb and a brother, Dale Collins.

Del is survived by his loving wife of 28 years, Donna Kenyon Collins; his beloved children Rodney Collins, of Spokane, Wash.; Corinne and Greg Bullard, Glenna Hook, Daniel Barthalis, all of Libby, Mont.;  Alicia and Dale Allison,  Gainesville, Geor.; Janet Fitzpatrick, Liberty Lake, Wash.; along with his most loved and the pride of his life were his five grandchildren, eight great-grandchildren, and four great-great grandchildren; and his brother, David Collins, of Libby, Mont.

A Celebration of Life will be held at 1 p.m. on June 29 at Libby Assembly of God Church, 105 Collins Avenue in Libby. The family requests in lieu of flowers, please make a check out to Delbert’s wife, Donna Collins to help her out with the cost of the funeral expenses.

Arrangements are by Schnackenberg Funeral Home in Libby. Online condolences and memorials may be made at www.schnackenbergfh.com.