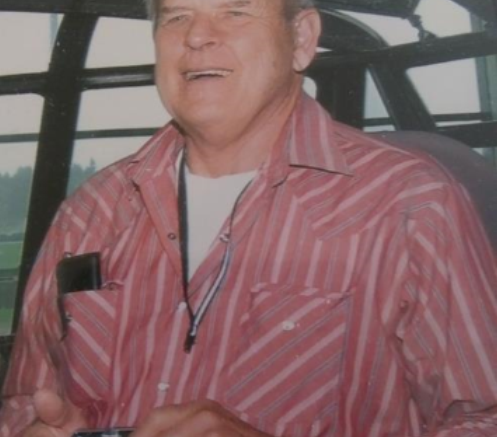 Eugene “Gene” William Frederick, 81, was welcomed into Heaven’s Flying Club by the Lord’s angels on Wednesday, May 29, 2019 at Cabinet Peaks Medical Center in Libby.  He was born on May 20, 1938 in Fredonia, ND to Emma Clara Lautt and Albert Richard Welhelm Friederich. Gene served in the United States Army from 1953 until1956. He was Mr. Fix It! He was an excellent mechanic and could find a way to fix anything. He was very proud of his trucktor. Gene was passionate about flying.  He flew both airplanes and ultralights. He was also an instructor for ultralights. Gene loved his property on Rocky Draw, 27 ½ acres of trees. He built a home and many out buildings. He always had a new project started. A part of Gene will always belong there. He was grateful for his family, his extended church family and all his wonderful friends. Gene had faced many health issues in the last several years and it is a comfort to his family to know he is now pain free. He was preceded in death by his parents, an older brother Elmer Frederick and a son Patrick Little. Survivors include his wife and best friend of 43 years, Connie Frederick, Libby and Troy; sister Eunice Friederich, Lodi, Calif.; brother Freddie Schmierer, Galt, Calif.; daughters Tammy Mack (Rick) and her children Brad, Kris, Becky and their children; Cindy Kilwine (Phil), Emigrant, Mont., and her children Adam and Ashley; sons Bill Frederick, Medicine Bow, Wyo. and his children Jessie Marie and Haley; Shane Frederick (Tamitha), Kalispell; Kevin VanUnden (Casey), Emigrant, Mont. and their children Kristine and Kimberly and their children; Robert Little, Livingston, Mont. and his children Landon and Dalton; and daughter Dodie VanUnden, Kalispell and her children Savannah, Matt, Tiff and their children. Visitation will be from 1 until 7 p.m. at Schnackenberg Funeral Home in Libby. Services will be at 2 p.m., Saturday, June 8 at the Libby Christian Church. Arrangements are by Schnackenberg Funeral Home in Libby. Online condolences and memories may be shared at www.schnack enbergfh.com.