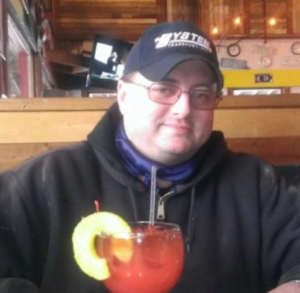 Rusty enlisted in the U.S. Army National Guard in 1989. He married Angie Florez on Oct. 8, 1998 at Emmett, Idaho. He was a Systems Transport truck driver and drove long haul for 25 years.

Rusty was an avid hunter, and loved the outdoors.

Rusty was preceded in death by his parents and a sister, Luanne Graves.

A celebration of life will be held at 5 p.m. on Saturday, Nov. 16 at the Mint Bar in Libby. 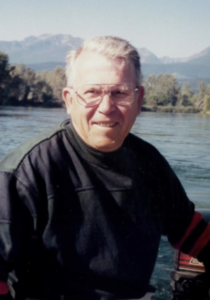 Gene “Sonny” Edward Chappell, 82, of Libby, Mont. passed away Oct. 13, 2019 of a sudden stroke at Kalispell Regional Medical Center. He was born in Lead Hill, Ark. on Sept. 18, 1937 to Guy and Geneva Chappell. He spent his early childhood in Lead Hill then moved to Eureka, Calif. with his family. He graduated from Eureka, Lincoln County High School in 1955.

He worked in the lumber industry his entire career. Gene worked for Simpson Lumber in Calif., Roseburg Forest Products, Oregon U.S. Plywood a division of Champion Lumber in Oregon and retired from Stimson Lumber Co. in Libby, Mont. Jan. 1, 1998.

Gene married Carol, the love of his life, on Feb. 3, 1979 in Salem, Oregon. They lived in Salem, Roseburg and Missoula before finally settling on the Kootenai River in Libby.

He was very involved his community serving on several boards including Cabinet Peaks Medical Center, the Community Health Center (CHC), and the Cabinet View Golf Club. He also served on the board of the community college. Gene’s passions were golfing, fishing, and spending time with his family. And, of course, a good debate. He was also an active member of the United Methodist Church.

Gene was preceded in death by a daughter, Tanya Lorraine who died in infancy, and his parents Guy and Geneva Chappell.

A memorial service was held at 2 p.m., Saturday, Oct. 26 at the United Methodist Church in Libby. A reception followed at the VFW hall. Arrangements are by Schnackenberg Funeral Home in Libby. Online condolences and memories may be shared at www.schnackenbergfh.com.

In lieu of flowers donations may be made to the Humane Society, Community Health Center (CHC) Voucher Program which provides health care for people that can’t afford medical procedures, or the United Methodist Church. 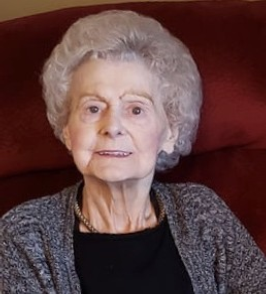 A funeral service will be held Friday, Nov. 15, at 1 p.m. with visitation one hour prior, both at Christ Lutheran Church in Libby, Mont., with burial to follow at the Libby Cemetery.

Joy was born to Robert and Elsie Witcombe on July 19, 1923, in Langham, Essex, England. She attended nursing school in London during WWII. She met the love of her life, Edwin M. Olson at her 21st birthday party in Langham. Ed was stationed at Boxstead Army Air Corp Base which was located near Joy’s home. They were married on April 7, 1945 just prior to VE Day. Their first child, Carol, was born in England. After the war, the family moved to Libby, Mont., where she and Ed raised six children. They were married for over 50 years. Ed preceded Joy in death in 1998.

She worked for 40 years at St. John’s Lutheran Hospital. She was 75 when she retired. She picked up two hobbies later in life. She enjoyed oil painting and crocheting. She was prolific in the production of afghans for her friends and family. She was active in Christ Lutheran Church until she moved to Great Falls in 2007, at which time she attended New City Church. She lived with her daughter, Carol until 2014. Later that year she moved to the Grandview at Benefits, where she lived until her death. The staff of the Grandview were wonderful caretakers and “family” to our mother. The family of Joy very much appreciates the love and respect the staff showed her over the five years she was a resident.

She enjoyed playing cards. She played a mean game of pinochle and taught many of her grandchildren to play cribbage. Joy epitomized her name. Many who knew her were blessed by her kindness, and caring disposition. We will miss our mother, grandmother, great-grandmother, and great-great-grandmother, but she is happy to be with Jesus adorned in her heavenly body.

Condolences for the family may be shared online at www.SchniderFuneralHome .com.