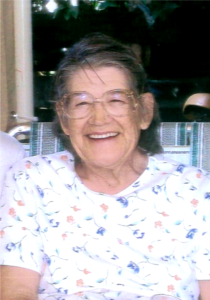 Hazel D. Drake, 84, died on Saturday, Nov. 2, 2019 at her home in Libby of natural causes. In the fall of 1935, on Oct. 5, Violet and Hallie Helmer were blessed with the birth of their daughter Hazel Del. Hazel never cared for her middle name so she only went by Hazel. She grew up in many different parts of northwest Montana with her family.

Hazel always enjoyed the outdoors. She was fond of going for long walks. She loved to sew for herself and for others. Her thirst for knowledge and to learn all she could about God was never satisfied. She was always reading and studying her Bible.

Hazel met Gene Drake in 1955 in Troy, and after a whirlwind romance they were married on Dec. 3. They lived most of their married lives in Libby where they acquired many friends over the years. She enjoyed all of her siblings. It did not matter to her if they were blood related or in-laws. She loved all of them equally. She even accepted her daughter in laws as her own children with love, smiles and understanding. She went on picnics, camping and berry picking with her family. She even did square dancing and was on a pool league for a while in the 70’s.

Even though after many years of marriage Gene and Hazed divorced, she never quit loving the man who was the father of their four beautiful children. Gene preceded her in death April 3, 2018, and she was preceded in death by her parents, Violet and Hallie, and two of her siblings Irene and Homer. She even lost two of her grandchildren, Danny and Christopher. She missed them all very much.

Survivors include her two brothers, John and  Edna of Calif.; Kenton and  Peggy of Idaho; four children, Vern and Jo Ann of Libby; Bill and Marge of Nevada; Carol Drake, and Doug and Julie, all of Libby; she will also be missed by her grandchildren, Jennifer, Jessica, William, Josh, Bret, Tracie, Tom, Mike, Emily and Chelsea; and 18 great grandchildren who will miss her as well.

Even the nurses with Hospice loved to come and see her. Even though she was dying, she greeted them with a very warm smile and love in her voice. So that is why they all wanted their turn to come and check on her. A celebration of life will be held at a later date. Arrangements are by Schnackenberg Funeral Home in Libby. Online condolences and memories may be shared at www.schnackenbergfh.com. 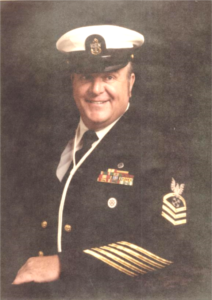 Kurt Blackwell (McGraw) Kelley, 79, passed away peacefully on Thursday, Oct. 24, 2019 at Cabinet Peaks Medical Center in Libby with his three children, Lisa, Wanda, and Webb by his side.  He was born on Feb. 23, 1940 and raised in Libby by his mother Billie Hawk and her husband Al McGraw.

Kurt was buried in Libby, along with his beloved first wife, and mother of his children, Kyoko. Both of them will continue to be missed dearly, and by many for years to come. 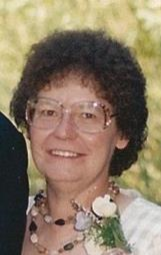 Sandy spent her days enjoying time with family and friends. She loved her pictures, writing handmade cards for those she adored in her beautiful calligraphy, enjoying a picnic on a beautiful day, and sharing her love for music with those around her. Her bright smile always lit up the room, and she will live on in the hearts of her friends and family.