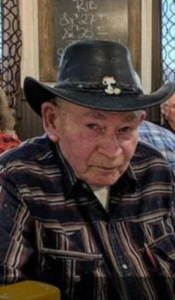 Ernest Floyd Tarbert passed away Nov.10, 2019 at Cabinet Peaks Medical Center in Libby. Ernie as he is called by family, was born in Libby, Oct. 28, 1938 to Luceile and Roy Tarbert at his grandparents’ home on Spencer Rd.

As a young boy the family moved to a ranch called Rogers Bar in Washington. After a short time there, the family moved back to Libby where he attended grade school and high school. While just shy of 16, he was hired on as a signalman in 1953 with Great Northern Railroad. With the merging of Great Northern and Burlington Railroad he then went to work for J. Neils Lumber Company. After several years at the mill he went into the logging industry.

In June 1959 Ernie married Helen Johns of Priest River, Idaho. They celebrated their 61st anniversary this year. To this union they became the parents of five daughters, Dawn, Melanie, Robin, Kelly, and Cheryl.

Ernie enjoyed fishing, hunting, summers in the Yaak building a small cabin that was a place of relaxation, and playing his guitar at the Libby Care Center with the group on Tuesday nights. A favorite pastime was having monthly luncheons with his classmates.

Ernie was preceded in death by his parents, a sister Thelma, two granddaughters Tara and Reah, and a great-grandson Odon.

Ernie is survived by his wife Helen, his five daughters, 19 grandchildren, 13 great-grandchildren, brothers Don, Leonard, and Kim, and several nieces, nephew and cousins.

There was a public visitation and viewing on Saturday Nov. 16 from 1 until 6 p.m. at Schnackenberg Funeral Home in Libby.  In lieu of flowers the family encourages donations to a charity of your choice. Online condolences and memories may be shared at www.schnack enbergfh.com.

A Celebration of Ernie’s Life will take place in the summer of 2020 and will be announced. 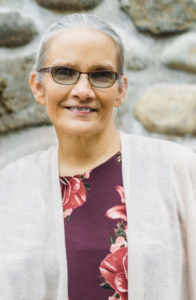 Mary Etta Miller, age 58, left this earth for heaven on Thursday, Nov. 7 2019. She was surrounded by her husband and all of her children. She was born Jan. 3, 1961 in Middlebury, Indiana to Elmer and Edna Lehman. From age 18 to 25 she was a schoolteacher to children grades one through eight, in private Amish schools in northern Indiana. She married the love of her life, Lloyd Miller, from Rexford, Mont. on April 9, 1987 when she uprooted her life in the Midwest and moved to Montana as a newlywed. Her motherhood began ten months after her marriage and she went on to have nine beautiful children.

Her life was given in service to her family. She was a passionately dedicated wife and mother with an outstanding gift for hospitality. A flourishing home environment was created under her guidance and many received so much from her hands. Her home was always open to anyone in need. As the years went on, her circle of influence expanded to people across the world. She traveled with her husband to many nations in service of people and the ministry God had called her to. She loved well, and desired nothing more than to have her family and the people in her life love each other. She was a lover of peace and beauty and never said no to a request for help from anyone. She had the most gentle listening ear and a heart full of mercy.

She is survived by her husband, nine children, their spouses, and four grandchildren.

A celebration of her life was held on Nov. 16 at 1 p.m. at the new addition to Farm to Market Store in Libby, Mont. Arrangements are by Schnackenberg Funeral Home in Libby.  Online condolences and memories may be shared at .schneckenber gfh.com.

After about 20 members of Berget’s family were seated, pastor Pat Weyrauch began the service with a prayer. Accompanying the song “Jealous of the Angles” by Donna Taggart, pictures of Berget smiling with family and friends filled the stage, bringing many in attendance, including  Berget’s family to tears.

Berget’s oldest daughter, Trista Krantz delivered an eloquent and heartfelt eulogy to her dad. “I have been reading stories of my dad that people have posted on Facebook and I am blown away, she began. “My dad was many things to many people. He didn’t just touch peoples’ lives, he changed them.” Recalling how the consummate artist persevered after ‘flunking art in high school and college,” Krantz told the crowd, “My dad truly saw beautiful potential in the smallest, craziest things.” She told of a man who tired hard to create a feeling of family at the Central Alt School where he taught, and of a merry prankster. “April fools was his day to shine,” she said.  There is a story that they (Berget and friends) may or may not have stolen a light bar off the top of a cop car.

Krantz then recalled her father, the family man.  “He spent countless hours with us, coaching softball, wrestling, making us hike, and always talking to us about our lives. He was always playing, competing, and collaborating with his big brother Tony, and he was dedicated to our mom (Donna) who was the love of his life.”

She told the mourners that he was a “rock for our family,” and a larger-than-life dad. She talked about Berget’s faith, and love of God, and huge compassionate heart. “He always tried to show kindness to anyone and everyone, and always told us to plant those seeds of kindness, even if we weren’t sure they would grow, because we can never know what they might bring.”

Pastor Weyrauch then took the podium again to praise Berget, saying that, although he was not a big churchgoer, he was a deeply spiritual man of strong, simple faith. Weyrauch recalled how Berget believed in the potential of everyone, especially the “at-risk’ kids he taught. “He walked through life, living it fully, and people often commented that they had no idea that he was that sick.”

More pictures and music followed, and organizers then ushered the huge crowd out of the theater to the lobby where there was a large and sumptuous array of food, generously prepared and donated by  some of Berget’s many friends. Tables were set up and an informal reception followed.