Ray Snyder, 82, a lifetime resident of the Kootenai Valley, died Thursday (Nov. 11) in Libby. He was born Nov. 5, 1939 on the Bowman Place north of Libby, the youngest of ten children born to Myer and Viola Snyder.

Ray had been a logger here in this area his entire life, working for several area logging companies. Ray was best remembered by co-workers for always wearing cowboy boots while he was sawing and he never liked to be seen without them. He enjoyed the outdoors, most especially hunting and fishing.

Surviving him is a sister Lila Lucas and many nieces and nephews. He was preceded in death by sisters Helen Berg, Ada Flatt, Alda Dudley, Lola Sichting, Geneva Lybyer, and brothers Harold, Daniel, and Franklin Snyder.

Memories and condolences may be shared online by visiting www.schnackenbergfh.com.

Dixie Lee Sichting, 81, passed on Nov. 3, 2021 at home with her family by her side. She was born Feb. 4, 1940 to William and Ruth Smith and raised in Libby along with one sister and five brothers and attended Libby Public Schools. She met the love of her life, and high school sweetheart, Fred Sichting, Sr. and they married in 1957. They had 50 wonderful years together.

Throughout their marriage they hiked, camped, rode snowmobiles, danced, and enjoyed life. They were happiest when they were together and even happier when other family and friends joined in. She enjoyed her family and each one was unique and special to her. Together they ventured into owning and operating a meat shop that grew into BBQing and catering. She enjoyed working on the election and volunteered in the hospital gift shop. She remained friends with her classmates and always looked forward to her class reunions.

Her hobbies included bowling, puzzles, knitting, crocheting and traveling. She loved spending time with her nine grandchildren and 11 great grandchildren.  Sleepovers at grandpa and grandma’s were special. She loved the color red, hummingbirds, turtles, and frogs.

She was preceded in death by her husband Fred Sichting Sr, a daughter Merinda Sichting, her parents William and Ruth Smith, a brother Bill Smith, and stepfather Mel Hemesoette.

Graveside services were held with family and friends on Thursday, Nov. 11 at the City of Libby Cemetery. Arrangements are by Schnackenberg Funeral Home in Libby.  Online condolences and memories may be shared at www.schnackenbergfh.com. 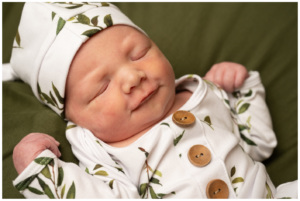