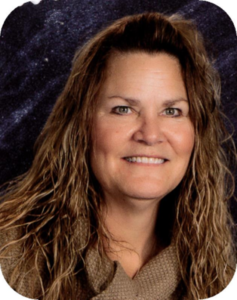 Judith Caroline Green Graham passed away on the morning of Nov. 23, 2019 of complications from a heart attack. Judy was born on Sept. 30, 1964 at March AFB in Riverside, Calif. to Carl Green and Wanda Bergstrom.

In 1966, the family moved to Omaha, Neb. to Offutt AFB. When Judy was five, the family moved to Opheim, Mont. Her parents later divorced and her mom married Graydon “Bub” Edwards in 1971. The family now included Judy and her brother, Brad, and Bub’s children; Ronald, Alan, Randy, and LeRae. Judy was especially close and spent much of her time at her beloved grandparents Norton and Hazel Bergstrom’s farm.

Judy was a standout basketball player for her Opheim Vikings. After graduating in 1982, she accepted a scholarship to continue her basketball career, playing for Northern Montana College (MSU Northern) in Havre, Mont.

While at college she met her “hunka, hunka” Jay Graham and following her graduation from Northern they were wed June 28, 1986 at the Methodist Church in Opheim. They lived in Havre for five more years where Judy worked as an aide while Jay taught. It was during this time that their two boys were born, Jacob and Justin. In 1990 the family moved to Libby where Jay taught until his retirement and Judy continued her love and passion of teaching until her passing.

Judy was known as the “Kool-Aid Mom,” between her love of her boys and her Libby Loggers, she was usually found working for the Booster Club or on the sidelines with some ridiculous noisemaker she had made. After winning the Bullette of the Woods during Logger Days seven  years in a row; each time donating her winnings to the Logger Wrestling Club. A lot of singlets were bought because of Mama Graham. Judy was the ultimate coach’s wife, cooking team dinners and supporting her husband and boys in every possible way. She loved helping all the athletes; from raising money for a new weight room to feeding them in the stands, she truly loved her Loggers.

Her love and passion for the boys’ sports poured into her teaching once they graduated. Beginning a new educational endeavor in 2015 for the Pre-Kindergarten endorsement, she made the move to the Plummer School for pre-K. Her passion for shaping the little minds of her students was a beautiful thing to witness. Always going the extra mile to ensure they were taken care of, whether that was buying a coat or a pair of boots, or simply just giving them some extra love. Her radiant smile and power of positivity could brighten anyone’s day.

Spending time with her new grandbaby or floating on the river, she loved and lived life to fullest. Mrs. Judy was the ultimate teacher, mentor, friend, daughter, aunt, grandma, mother, and wife; she will be forever missed.

Judy loved all of her kids, whether they were hers or just students. She believed in everyone having a chance. To continue her passion you can donate to the Ronald McDonald House (https://rmhcinlandnw.org/donate/) or simply buy a book or school supplies and send them here- Central Office – 724 Louisiana Ave – Libby, Montana 59923.

Services were  at 11 a.m. on Saturday, Dec. 7 at the Libby Christian Church.  Arrangements are by Schnackenberg Funeral Home in Libby.  Online condolences and memories may be shared at www.schnackenberg fh.com. 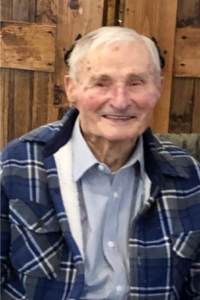 Clarence J. Lippert, 100, died on Wednesday, Nov. 28, 2019 in Troy. He was born on Feb. 6, 1919, in Minneapolis, Minn., to Oscar and Anna Wolf. Clarence was six years old when his father died. His mother then moved with her three children to Miles City, Mont. to live with her parents. Anna married Fred Lippert one and a half years later, and moved out onto the Lippert Ranch on the Tongue River. There were only seven students in the little country grade school Clarence attended. He was the only one in the eighth grade when he graduated. His step father would not let him continue his education beyond the eighth grade saying it was unnecessary. Even in his 100th year, he still regretted not going on in school as he loved to learn. He lived and worked on the family farm until he was drafted into the U.S. Army. At that time his surname was legally changed from Wolf to Lippert.

He entered the U.S. Army on Feb. 19, 1941. WWII was declared on Dec. 7, 1942. He spent 44 months fighting in the jungles of the Pacific Ocean Theater. After he was discharged, he returned to Montana to find work. He worked building fence lines for the county and then worked building the highway around the east side of Flathead Lake.

It was during this time that he met his wife, Edith. She was the teacher in a one-room school house near Polson, Mont. It was in April of 1947. His family loved watching him tell the story of how they met at a Sunday morning meeting. They looked across the room at each other and “BANG! Love hit us both hard.” They married on Oct. 14, 1947. As newlyweds they moved to Minneapolis where he went to the Air and Mechanic School. So many men were returning at the end of the war that had experience that it was hard to get a job as a mechanic. He managed a dairy farm in Miles City, Mont. for a couple of years. In 1951 he moved his family to Libby. He had heard the lumber mill there was hiring. When he applied at the office for work, he was told there were no job openings. He sat down. A while later they said, “You are still here?!”. He said, “I’m not leaving til I have a job.” He told them he was desperate because he had two children and another one the way. He was hired and worked there for 30 years. He took an early retirement in 1982 to help take care of Edith who had cancer. She passed away June 19, 1982. He and Edith had five children, Jim, George, Dee, Ralph and Karen.

Four years after Edith died, he married Mildred Munyan. They had 29 years together before Mildred passed on. Clarence lived on his own until he was 98 years old. He then moved in with his daughter and son-in-law, Dee and Larry Ross, in Potlatch, Idaho. Larry and he became fishing buddies, continuing his lifelong love of fishing.

What he came to love and value the most though, starting as a young man, were the words of God. He passed away at his son Ralph’s home in Troy, Mont., while visiting there for Thanksgiving.

He is survived by his children, Jim, Dee (Larry), Ralph (Sue) and Karen; ten grandchildren, 19 great grandchildren and one great‑great-granddaughter.

Funeral services were at 1 p.m. on Saturday, Dec. 7 at the Schnackenberg Funeral Home in Libby.  Online condolences and memories may be shared at www.schnackenberg fh.com.

Fred was born Nov. 28, 1928 at Kalispell, Mont. to Raymond Nelson and Martha O’Brien Nelson; he and his sister Evelyn attended grade school at Kalispell.  At the time of their mother’s death in 1940, the family moved to Polson and then to Anaconda where he attended junior high and high school, graduating from Anaconda High in 1947.

Following high school, he worked at the Anaconda Company Smelter and later, for the BA&P (Butte Anaconda Pacific) Railroad and, being an excellent trumpet player, played numerous dance jobs throughout the area. Following his lifelong passion for music, he enrolled at the University of Montana in 1948 where he received a Bachelor of Arts degree in music. During his earlier musical foray in high school, he noticed the piano player in the dance band, a pretty Anaconda girl named Marlene Murray. They were married on St. Patrick’s Day 1951 at St. Paul Lutheran Church in Missoula; this loving relationship would last for 61 years until her death in 2012.

They remained in Missoula where Fred finished his degree and worked part-time for the Montgomery Ward company. He also had a dance band (The Moon Moods) that was well known throughout the Missoula area; Fred and the band’s drummer, Mel Rice, would remain lifelong friends.

He served in the U.S. Army, serving stateside and overseas in Japan with the post-WWII occupational forces. Following his discharge from active duty in 1954, he accepted his first teaching job as band director at Polson Public Schools. During this time, he also earned his Masters Degree from U of M.

He came to Libby in 1957, accepting the position as director of bands and music department supervisor for Libby Public Schools. He remained there during a period of student growth years with baby boomers and the influx from Libby Dam construction. During this time, Libby became a AA school with student participation in music growing from 50 to nearly 500 students.

In the fall of 1971 he returned to Missoula, accepting the position as director of bands at Sentinel High School, continuing his passion for teaching music until retiring in June of 1987. He remained in Missoula where he was employed by Morgenroth Music Center as a sales representative throughout western Montana. He stayed actively involved in music education as guest conductor and adjudicator at many music festivals throughout the area and, for many years, as a private music teacher. He and Marlene enjoyed traveling both here and abroad during this time, much of it with good friends Mel and Charlotte Rice.

In the later 1980’s Fred, along with several other alumni of the UM School of Fine Arts, founded the U of M Alumni Band which remains a very large part of every homecoming celebration.

In Nov. 2013, he married Karina Hatch; they enjoyed dancing, traveling and many other adventures until her death in Oct. 2016. During his later years, he enjoyed residing at Grizzly Peak and the wonderful friendships he had with all who resided there.

Throughout his life, he remained a doting grandfather to Dale, Chris, Lisa, Jennifer, Caitlyn, Lindsey and Eduardo and great- grandfather to Lauren, Jesse, Eric, Isaiah, Zoey, Sophia and Sophie.

He was preceded in death by his wives and his sister Evelyn in 2012.  Surviving him are his sons, Niles Nelson and wife Bobbie of Libby; Dale Nelson of Polson; and Grant Nelson and wife Marybeth of El Cajon, Calif.

A visitation for former students and friends in Libby will be Wednesday, Dec. 11 from 3 until 8 p.m. at the Schnackenberg Funeral Home.

Funeral services will be Friday, Dec. 13 at 11 a.m. at Garden City Funeral Home in Missoula with a reception immediately following in the home hospitality center. Committal service will follow at 2 p.m. at Missoula Cemetery. Condolences and memories may be shared online by visiting www.schnackenbergfh.com (in Libby) or www.gardencityfh.com (in Missoula).