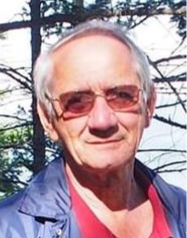 James ‘Jim’ Elliott Holder, 75, peacefully went home to his Lord and Savior in the morning hours of June 20, 2019, with the love of his family surrounding him.

Jim was born July 29, 1943 to Elliott and Mary Holder in Eureka, Mont. He was raised in Eureka along with three brothers, Bill (deceased), John, and Tim. He graduated from Lincoln County High School in 1961. He served in the Navy and U.S. Airforce until his honorable discharge in 1968. He returned to Libby, where he worked at the first Sears store opened by his parents.

During his military career, he met and married Theresa Rose Doran and together they had five children; Bryan, Dawn, Shellie, Elliott James, and Jeffrey. In 1975, Jim moved his family to Dallas, Tex. to study at Preston Road School of Preaching; graduating in 1977. His love for the Lord and passion to serve brought his family to small congregations in Talco and Freeport, Tex.

A divorce led Jim and his children back home to Libby, Mont. in 1981. He managed the Town Pump for a short time until securing a position with the state in social services where he counseled, encouraged and touched many lives.

In 1984 Jim married his co-worker and best friend, Lois Loraine Koehler and instantly grew his family by four more; Kim, Stan, Karen and Rex. Jim and Lois loved their family and their home became the hub for gatherings as well as a place of solace for all.

Jim’s favorite pleasure was spending time with his precious dog Lu, his beloved kids, and his grandkids. He enjoyed traveling to wrestling matches, sports games, band and choir concerts, hiking trails and amusement parks; anywhere his children were, he wanted to be. He loved to camp and was perfecting his fly fishing technique. Most recently, he spent hours in the backyard, celebrating birthdays, enjoying family BBQ’s and fish fries, or just soaking in the sun visiting with friends and family.

Jim is reunited with those precious ones that passed before him; loving wife Lois, parents Elliott and Mary Holder, brother Bill Holder, infant son Elliott James ,and grandson Tom DeLeo. He is survived by his children, Bryan Holder, Dawn and Danny Williams, Shellie and Tim DeLeo, Jeff and Jean Holder, Kim and Jay Matthews, Stan and Jennifer Koehler, Karen and Scott Erickson, Rex and Julie Koehler, 34 grandchildren and 48 great-grandchildren. He is also blessed with a very special friend and adopted son, Doug Kurosky, and his lovely wife Alana.

Jim will never be forgotten, his kindness embedded in us all. He was a generous and humble soul; always lending a helping hand, an attentive ear, or a shoulder to cry on. Never judging a person but always loving them where they are. He spoke from the heart, lifting and encouraging everyone around him. He was truly one of a kind and an inspiration to all that had the great honor of knowing him.

His life was honored on Monday, July 1, at Libby Christian Church. A reception followed the service.