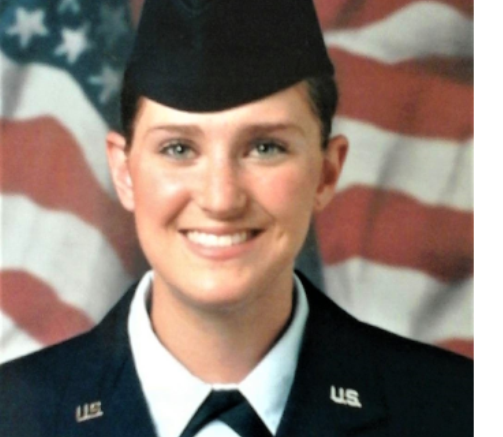 It is with great sadness that we announce the loss of our precious Melanie Kay (Shepard) Gilroy on Aug. 23, 2019, at the age of 35, after her brave and courageous battle with cancer.  Her love was immense and her grace was unmeasurable.  Words cannot express how much she will be missed. She went out of this world a fighter, just as she came in. 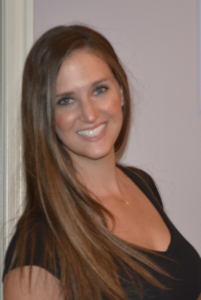 Melanie was born two months premature on July 23, 1984, to Dale and Susan Shepard in Missoula, Mont. Melanie’s childhood could be described as nothing short of happy.  Each day was filled with adventures in the neighborhood. She was such a happy little girl and would wake up each morning and sing. She always had a great love of all music genres, and a tender heart for all animals, great and small.

In the wake of 9/11, she made the decision to serve her great country.  After graduating from Big Sky High School in 2003, she directly entered basic training in San Antonio, Texas for The United States Air Force.  She served her four years and then in 2011, joined the Montana Air National Guard and served an additional two years.  Her time in the service meant the world to her, not only because of her devout patriotism, but because it led her to her soul mate, Patrick Gilroy Jr.  She would describe their attraction to each other as nothing short of magnetic and divinely inspired.

Melanie and Patrick met while on deployment to Doha, Qatar in 2005.  Their deployment only overlapped for one week, but that was all the time they needed to know they were destined for one another.  They were married April 10, 2006, in Valdosta, Georgia.  Less than a year after that, they welcomed their beautiful daughter, Kaydence Elizabeth into the world.  Four years later in 2011, they welcomed their son, Kellen Patrick. Melanie was the BEST mother and loved to be doing anything, just as long as she was with her family.  She was so proud of her babies and made sure that they knew how much she loved them daily.  While at home raising her babies, she put herself through school, and earned an Associate’s Degree in Human Resource Management.

Melanie could light up a room with her wink and a smile. Her laugh was infectious, her touch was gentle, and she gave the best hugs. Her words were never harsh or angry towards anyone. She believed in building people up and helping them to see their true inner beauty. She was kind to everyone she ever met, and she never met a stranger. She was open and gracious with a tender and beautiful heart. Melanie was nothing but love and light, and she was full of grace.  The world would be a better place if there were more people like her.

Fall was her favorite season, not only for the beautiful colors of nature, but because of the football games. Anyone who knew Melanie knew she was one of the BIGGEST Montana Grizzlies Football fans in the United States. She took her football seriously. She was also an avid foodie, enjoying all types of food.  Her love of food fueled her desire to create and cook.  Her family would describe her as a self-taught gourmet chef! She never lost her passion for music.  She could hear a song twice and have all the words memorized. Her son says that his momma had the prettiest singing voice.

Losing her is nothing short of a tragedy.  Throughout this journey, Melanie was the strong one. She never felt sorry for herself and was always trying to comfort others around her. She was selfless, which contributed to her overall beauty.

The family wants to thank Dr. Warr, Patsy, and his entire staff.  You entered into our lives just in time, and you gave us eight additional months with our beautiful Melanie, and for that, we will always be grateful. We also want to thank the wonderful nursing staff and doctors on the Oncology and ICU floors at Benefis Hospital. Your kindness and compassion during this difficult time was nothing short of amazing.

In lieu of flowers, please donate at any US Bank under the Patrick Gilroy/Elizabeth Moe donation account or through Zellepay.com using the email Misszoula@gmail.com. Melanie had some very specific last wishes for her family, and this would help make them reality.

A celebration of life will be in Missoula Oct. 12, 2019, at 3 p.m. at the Sky Club in The Adams Center, University of Montana Campus with a reception to follow at the Stadium Club in Washington-Grizzly Stadium. The family is requesting that attendees wear Griz Gear!

Condolences for the family may be shared online at www.SchniderFuneralHome.com.

It saddens us greatly to announce Shawnna S. Denney passed away at Warrington, Ore.

Moved to Libby, Mont. in 1982 where she went to high school.