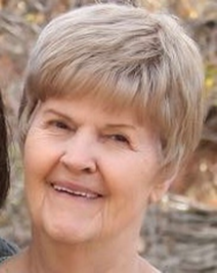 Louise May McNair Baeth, known to family and friends as “May,” passed away Saturday, August 3, 2019, at the age of 81 years. May was born to Michael S. McNair and Lavina Louise DeShazer on June 26, 1938 in Libby, Montana. In her youth, May loved living among the mountains, streams and Kootenai River of the Libby area. She enjoyed archery, swimming, softball and target shooting.

In 1955, at age 16, May married Leslie “Bud” Huffman. They divorced in 1979. Later, she married Roger Baeth in February of 1980. May lived in Libby for 43 years before moving to Bozeman. During their stay in Bozeman, Roger attended Montana State University and May also attended classes. The next year, they moved to Missoula where she lived out the remainder of her days.

As an adult, May loved cooking from scratch, growing hundreds of flowers from seeds, gardening, canning, sewing and quilting. She became an adept genealogist and was able to help many people find their ancestry. In her lifetime, May worked as a police dispatcher where she met her beloved husband. She also worked as a Peer Advocate where she cared for the disabled and helped to develop programs for those suffering with MS.

May was actively involved in the Church of Jesus Christ of Latter-Day Saints – having held many positions over the years.

May ‘s largest source of pride was being a mother, watching her children and grandchildren grow and loving them very much.

A memorial service will be held Monday August 12th at 10 AM at the Church of Jesus Christ of Latter-Day Saints in Libby, Montana.