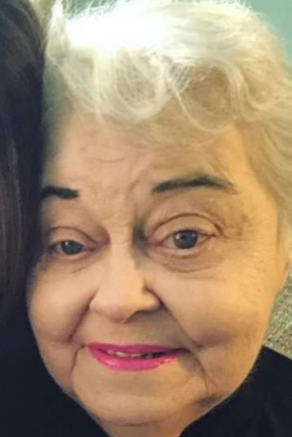 LuRee Anne Stoddard died peacefully on June 27, 2019, after a short stay at Libby Care Center. LuRee was born March 2, 1936, in Bemidji, Minn., to Lillian Parker and Vernon DeChaineau who died to cancer when she was a small child. Lillian married Victor Bernardy in 1938 when LuRee was six. The family became “yours, mine, and ours” generating ten children altogether. Each child became a special part of this family union that has remained so throughout the years.

LuRee had five husbands but the true love of her life was Dale Stoddard who married her in 2002 and died in 2012. Her life was spent in Bemidji, Minn., Troy, Mont., Prosser and Sunnyside, Wash., and finally in Libby where she lived for the last 25 years and will be laid to rest. She made wonderful friends and memories wherever she lived.

LuRee was very family-centered and showered her love and kindness on each one, fiercely protective of those she loved and cared for – including their friends. She was always generous and welcoming, looking after others before she considered herself. She had a one-on-one intimate relationship with our Lord; she could “just talk with him.” Her collection of angels reminded her of the angels in her life. Her grandchildren called her the “grandma with black hair and pink lipstick.” Later she turned her natural beautiful gray, but the pink lipstick remained.

Rosary/wake service will be held at 7 p.m. on  Tuesday, July 9 at Schnackenberg Funeral Home. Funeral Mass will be held at 11 a.m. at St. Joseph Catholic Church on Wednesday, July 10. After the burial at the Libby Cemetery, a luncheon will be served at the Parish Hall for family and friends. Arrangements are by Schnackenberg Funeral Home in Libby. Online condolences and memories may be shared at www.schnackenbergfh.com