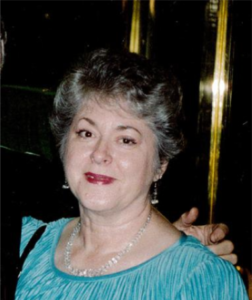 Marcia married George Ronan Aug. 26, 1960 in Oroville, Calif. They shared 54 wonderful years together, having three children, Brad, Tim and Rhonda. They lived in California, Texas, and Colorado before coming to Montana in the early 70’s. Together they owned and operated restaurants, including the Husky Restaurant here in Libby. Marcia enjoyed visiting with her customers who naturally became her friends. She loved her pets, Tanner, Winkles and Baby Katie, her precious cat. She loved cooking, gardening and going on cruises. Marcia wasn’t able to get out much in the past year but it made her day when she visited her friends at Homesteaders. She spent her last days where she wanted to be, at home in her sun room, watching the Kootenai River flow. Whatever Marcia did and wherever she went, her true essence of being kind, giving and gentle, shone through. We were so fortunate to have her for a mother, grandmother and friend. She wrapped us all up in her love.

Marcia is preceded in death by her parents, John and Lottie and by her husband George (2014).

Survivors include her children, Brad of Libby, Tim of Dallas, Texas and Rhonda (Darryl) of Libby; her sister, Dixie Handziak of Calif.; grandchildren Krissy and Darrick (Jamie) of Libby; Grant Ronan of Austin, Texas; and Kiley Ronan and great grandson Chad both of Precott Valley, Ariz. Marcia also leaves behind Jim and Charlie and the Judkins Family and Ron, Ed, Robbie and Jimmy Adams, her Dallas family.

Thank you to Tara and Sean for all you did for our mother and your friend. Our mom loved you. Thank you Dr. Chopyak and all the nurses and wonderful ladies from Hospice- you are angels.

Marcia and George will be interred together at the niche wall at Libby Cemetery. A family memorial will be held at a later date. Arrangements are by Schnackenberg Funeral Home in Libby.  Online condolences and memorials may be made to www.schnackenbergfh.com. 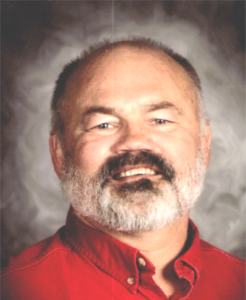 Todd Berget passed away in the early morning hours on Oct. 29 following a severe stroke. He was born on Nov. 25, 1964 in Turtle Lake, ND to Janice and Charles Berget and came with his family to Libby the following year.  Todd graduated from Libby High School in 1983 and received a scholarship to study art at Western Montana College in Dillon, Mont. He graduated in Dec. of 1988 with a B.S. in Secondary Education.

While attending school at Western, Todd met the love of his life, Donna May.  They were married on Aug. 6, 1988 and returned to Libby where their family grew.  They were blessed with three children: Trista, Kody, and Kacie. Todd taught for the Libby School District from 1988 until his retirement in 2017.

Todd began his career with the Libby School District as the audio/visual specialist and as an assistant coach for football and wrestling.  Later, he was a full-time art teacher at the high school for ten years before moving to Libby Central School.  His passion for teaching was best shown through his work at the alternative high school.  Todd had a heart for the struggling student and he believed in them and in second chances.  Throughout Libby you can see works of art created by him and his students: murals, axes, sasquatches, and a car coming out of the second floor of Central School just to name a few.  These projects were designed to not only teach art skills, but to build civic pride and show them that they could tackle anything they set their minds to. Many students have remarked that Todd was the first person who really believed in them. Todd’s favorite quote (often attributed to Einstein) was, “Everyone is a genius. But if you judge a fish by its ability to climb a tree, it will live its whole life believing that it is stupid.”  Todd could always see the genius in his students.

Todd’s creative spirit was always thinking and creating. He painted over 100 murals throughout Western Montana and Spokane, Wash.  In 1997, Todd’s main art focus became metal eagle sculptures and he created 99 metal eagles which now reside in 14 states and Canada. Todd saw art as a way to connect with people and his projects were always meant to add to the natural beauty of Libby. He loved his hometown and he enjoyed volunteering for numerous organizations and community events. He designed dozens of t-shirts over the years for various organizations and infused his unique sense of humor along the way. Who can forget the tree stump design on a Libby Logger shirt that read, “Don’t worry, I hugged it first,” or his sasquatches looking over a fence or around the corner of a building. He created banners for every team that Libby played and you can see them hanging in many gyms around the state.

Todd’s greatest gift was the encouragement and love he shared with his friends and family.  Whether it was sharing memories at the “Fat Squirrel Lodge” in the Yaak or spending a quiet evening at home with his family, he was a dedicated husband, father, grandfather, son, brother, uncle, nephew, cousin, and friend. His loss will leave a huge hole in our hearts forever.

Todd believed strongly in “paying it forward” and the family asks that you provide a simple act of unexpected kindness for someone in memory of Todd or donate your time or money to one of your beloved community’s organizations.

A Celebration of Life will be held at 2 p.m. at the Libby Memorial Center in on Sunday, Nov. 10, 2019.  Arrangements are by Schnackenberg Funeral Home in Libby. Online condolences and memories may be shared at www.schnackenbergfh.com.

Visitation was from 1 until 5 p.m., Tuesday, Oct. 29 at Schnackenberg Funeral Home in Libby. Services were held at 3p.m., on Wednesday, Oct. 30 at the City of Libby Cemetery.

David Duane-Thomas Arnold, 52, died on Friday, Oct. 25, 2019 in Libby of natural causes. He was born on Feb. 19, 1967 at Whitefish to Walter and Elaine Arnold. He attended school at Columbia Falls, and was a third generation railroad worker.

David was a big lover of the outdoors. Whether it be hunting, fishing, camping, boating, or just spending time with family, the outdoors is where he could be found teaching his kids and grandkids how to out fish him, or properly shoot firearms, some of his favorite past times. He was a very strong willed man who stood up for what he believed in and taught his kids and grandkids to do the same. David will be greatly missed by all who knew him.

He was preceded in death by his father- Walter Arnold, mother- Elaine Arnold, uncle Marvin Arnold, and niece- Leahdonis Hinkley.

Services will be held on Nov. 10 at 2 p.m. in Whitefish at the Moose Lodge, located at 230 W 10th St. Arrangements are by Schnackenberg Funeral Home in Libby. Online condolences and memories may be shared at www.schnackenbergfh.com.