Drilda Jane O’Brien, known as Del to her friends, died April 11, 2020 surrounded by loved ones. Her body could no longer fight the progression of lung cancer and asbestosis. We know she is breathing freely in her reunion with her father, Frank L. O’Brien, mother, Lillian A. O’Brien, sister, Frankie and her brother, Lloyd.

Drilda was born in Eureka, Mont. to Frank and Lillian O’Brien. She spent most of her growing up years in Eureka and Libby, Mont. Del moved to Missoula, Mont. where she married Marvin McKeever and they had two children together, Bobbi Jo and Marvin Lee. Del and Marvin divorced, new loves were found and lost and Del eventually moved back to Libby, for her retirement years. Volunteering at the VFW was a highlight for her; she loved the people and helping others. For those that knew Del, there was nothing she loved more than a day in the sun. She also loved music, animals, her family and children, Nutella, bad TV, garage selling and collecting everything you could imagine!

There are no services planned at this time but we hope to have a celebration of life in the summer. In lieu of flowers, consider a donation to VFW Post 1548 Ladies Auxiliary of Libby, Mont. Arrangements are by Schnackenberg Funeral Home in Libby. Online condolences and memories may be shared at www.schnackenbergfh.com.

Michael D. Leach, 58, died on Thursday, April 16, 2020 at Libby Care Center. He was born on April 1, 1962 at Wichita, Kan. to Gary and Anna (Talkington) Leach. He attended schools in Wichita, and graduated high school there.

A Celebration of Life will be held at a later date.  In lieu of flowers, you may make donations to the family for funeral costs.  Arrangements are by Schnackenberg Funeral Home in Libby. Online condolences and memorials may be made to www.schnackenbergfh.com.

On April 10, Ceanna Jeanne Diller, age 20, passed away from injuries sustained in a car accident. She was born in Libby, Mont. on August 21, 1999 to Brandon Diller and Tonya Bryant Diller. She attended Troy Schools, graduating in 2017.

Ceanna was a wonderful friend to everyone. She was an animal lover and was known to bring stray cats home on a regular basis. (Please Grandma?)

She was preceded in death by her maternal grandmother Wanda Cummings Bryant and paternal grandfather Daniel Diller.

Ceanna is survived by her parents Brandon (Autumn) Diller, Tanya Bryant Diller; brother Ben and half-sister Quinn; grandparents Rusty and Gloria Bryant, Cheri Meyer (Rich Burns) numerous aunts, uncles and cousins;  special friends Heather Lyons, Tallen Cooper, Molly Walters, Brenden Davey and a special teacher “Mr. Rad,” who helped her build self- confidence and self- esteem. There are so many other friends and family we could list that she loved and who loved her throughout the years. You know who you are.

Fly high sweet angel. We will miss you beyond words.

Debra Jean Rebo, 60, died on Monday, April 13, 2020 at her home in Libby of natural causes. She was born on April 17, 1959 in Libby to Wilbert and Barbara Pariseau. She attended schools in Libby and graduated from Libby High School.

Debra married Steve Rebo in Libby on April 11, 1980. She worked at Achievements for 18 years as a caregiver and The Venture Inn for 31 years as head of housekeeping.

Graveside services were held on Friday, April 17, 2020.  Arrangements are by Schnackenberg Funeral Home in Libby.  Online condolences and memories may be shared at www.schnackenberg fh.com. 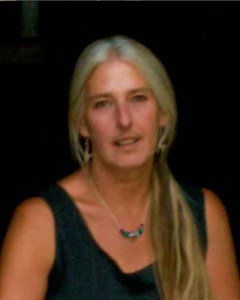 It is with great sadness the family announces the passing of Connie May Kelso, 63 who passed in her Troy, Mont. home on Monday April 6, 2020.

Connie was number four of seven children, born in Twin Falls, Idaho to James and Evelyn (Crawford) Kelso. She entered this world on Oct. 4, 1956. She was primarily raised in the Troy area, attending school at both McCormick School and Troy High School. She went on to marry and start her own family. She lived most of her life in Lincoln Co. She did manage to escape a handful of times, always to return to her valley. Connie was a firm believer in “If there’s a will, there’s a way.”

She preformed lots of odd jobs, sewing, weed whacking, splitting firewood, also working for Stimpson Lumber, and Town Pump; after 20 years, she retired early. After retirement, every day becoming Saturday; she was able to enjoy her hobbies; getting lost in Lincoln County’s beauty, huckleberries and mushrooming, gardening, enjoying her little peace of paradise.

She will be deeply missed and thought of often. We will be having a Remembrance of life, date to be determined (Thanks COVID-19) followed by a BBQ.

In leu of condolences, please write us a short funny story about our Mom, prepared before you arrive or mail it to, PO Box 1160, Troy, MT 59935