Bert Hall was suddenly called home by his Heavenly Father on Thursday, June 25. He was born December 30, 1950 in Bonners Ferry, Idaho to Lyman and Rose Hall. He grew up in Troy and left only for a 4 year period of service in the Air Force. Upon returning he soon found employment with the railroad where he remained until retirement.

Bert was known for having a heart of service and his ability to connect with people. From his time in the military to serving in the church and participating in community events, Bert was always ready to share a joke or tall tale, to lend a helping hand, to quietly lead and mentor those who needed a friend. He connected with people across the world in Words With Friends and never failed to remember birthdays. Bert will be deeply missed by everyone who had the honor of knowing him.

Arrangements are by Schnackenberg Funeral Home in Eureka. Online condolences and memories may be shared at www.schnackenbergfh.com. 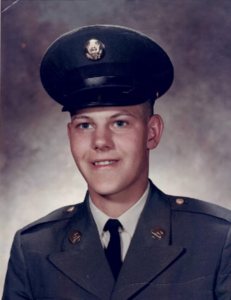 Curtis Paul Peterson was born May 22, 1949 in St. Paul, Minn. He moved to Troy, Mont. in his teens. After graduating high school, he joined the Army and was stationed in Germany. After returning home he worked in construction around Libby and in Washington. In July of 1973 he married Lonnie Munyan and they started their family.

He enjoyed the great outdoors which included hunting, fishing, gold panning, horn hunting, and camping. He took great pride in teaching his children how to shoot, hunt, and a long list of survival skills. He is survived by his children and family as follows: daughter Jamie “Peterson” Simonsen (Jack) Simonsen and two children; Jonathan and Jennifer; son Jeremy Peterson, daughter Jeanette Peterson (Tim Keplinger) and their four children Jake, Jessie, John, and Jayden; son Jonathan Peterson; his father Junior Peterson; sisters Lila Erickson (Jerry); Arlene Peterson, and Judy Pattie. He was preceded in death by his mother Virginia Peterson.

A celebration of life potluck will be held July 10 at the lower VFW Yaak Campground at the large picnic area from 1 p.m. until 5 p.m.