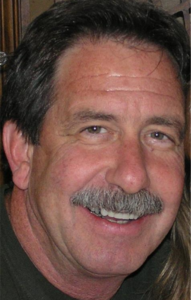 A life well lived… Thomas Vanderweel departed on his final journey to heaven on February 18, 2021, at the age of 67. He peacefully took his leave surrounded by family and his loyal dog Teez who valiantly tried to make him stay.

His travels took him around the world as a Merchant Marine. He settled and raised a family in California before being transferred to Libby, Mont. to provide oversight on the Asbestos Superfund in 2001 until his retirement in 2018.

Tom was well known for his integrity, honesty, kindness, and as being a non-judgmental human being. He never had a bad word to say about anyone and was generous with providing support, performing good deeds and donating to worthy causes.

As a foster parent, a youth leader, and a volunteer building homes in Mexico to being the Exalted Ruler of the Libby Elks Lodge, he led and inspired others to strive to be better and to always do the right thing. He was an accomplished and respected father, husband and friend.

Some of the things he enjoyed most were golfing, fishing, bowling, snowmobiling, target practicing, and vacationing with friends and family.

He loved hummingbirds, talking politics, sports and laughing out loud until tears flowed. He had a contagious smile, a twinkle in his eye, a bounce in his step and a cheerful whistle in whatever he was doing. Many of those who visited Tom in his final days were reminded of and shared memories about him being “the master of the snore”.

Tom was preceded in death by his parents and his sister, Judy Schoonheim Vanderweel.

Tom’s final resting place will be in Canadensis, Pa.

A Celebration of Life will be held in Libby when the weather improves and followed by a tribute round of golf. 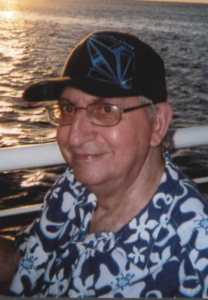 He grew up and worked on a ranch at Pine Bluffs.  He graduated from high school and enlisted in the US Navy.

He worked at the sawmill in Libby and also worked at a mill in Washington.

He and Connie recently moved back to Libby to be closer to family.  He attended the local Kingdom Hall of Jehovah Witnesses.

On Feb. 27 and 28, Riley McNew, age 13 competed with her team at the 2021 ColdSmoke Freeride competition at Lost trails in Sula, Mont.  McNew also  was the recipient of the Maggie Voisin Scholarship in November. McNew is apart of the Whitefish Freestyle Team. The team took home the ColdSmoke Freeride Team Award. Photo courtesy of Zach McNew.