She passed away on February 21, 2021 at Kalispell Regional Hospital.

Doris is preceded in death by her parents and six siblings.

She is survived by her loving husband, Barry, three siblings, six children, along with many grand and great-grandchildren.

Doris was known for her excellent cooking and sass. She would often whip up cookies, pies, and other treats to be delivered to recipients with a teasing grin while saying, “Whatever goes on the lips, forever stays on the hips.”

Her laughter was contagious and her hospitality excellent.  Doris loved hosting people and sharing the joys of life with them. Her spark and spunk stuck with everyone she welcomed and always left them wanting to come back again.

Doris also enjoyed quilting and sewing. She loved making things and giving them away, just to see a smile on the face of those with whom she shared her talents.

There will be a private family service followed by a celebration of life in the late spring.

In lieu of flowers, consider donating to Spokane Shriners Hospital, 911 W. 5th Ave., Spokane, WA 99204 or online at lovetotherescue.org (check the box to dedicate in memory of Doris Brown).

Online condolences and
memories may be shared at www.schnackenbergfh.com.

Loren Robert Kujawa passed peacefully in his sleep at home on March 9, 2021.  A lifelong Libby resident, Loren was born January 12, 1927 to his parents, Mary Rose Brouillard and Joseph Kujawa.

After graduating from Libby High School, Loren joined the Army Constabulary where he served with A Company 13th in Germany from 1945-1947.

On October 28, 1951, Loren married the love of his life, Gynell Denise
Jacobs. Together they raised seven children. Before her death in 2005, Gynell and Loren celebrated fifty-five wonderful years together.

Loren was a local businessman, running Joe’s Texaco Service, initially with his mother until her retirement and then as sole owner until 1970. He then joined the U.S. Forest Service until his retirement in 1989.

In addition to spending time with his family, Loren had numerous interests, but none surpassed his passions for fishing, hunting and gardening.

Few lakes, rivers or streams, mountains or valleys remained unexplored or unharvested by Loren. His garden was widely known and admired for its bounty.

He was preceded in death by his wife Gynell, and sons John and Joseph “Joey”.

Loren requested no services by held. Arrangements are by Schnackenberg Funeral Home in Libby.

Beverly Jane Eby, 86, of Moyie Springs, Id., previously of Libby, passed away on February 22, 2021, in Coeur d’Alene, Ida. She went to our Lord very peacefully at the Hospice House.

Beverly was born in Bonners Ferry, Ida., on May 1,1934. Her parents were Wesley and Else Cameron. She was the sixth child of eight girls. She grew up in Porthill, Ida.

Beverly married
Richard Eby in 1953. They were blessed to spend
63 year together, moving to Libby in 1957. They had three children, Dixie Beasley, Rick Eby, and Cheri Javorsky.

Beverly and Richard moved back to Idaho after Richard retired.

Beverly was a homemaker and took care of their three children. She was involved in the Farmers Women’s Club and active with the Busy Bees 4-H Club.

Beverly and Richard loved to camp and fish with family and friends. They passed on their love of gardening, huckleberry picking and mushrooming to many.

Beverly loved to sew, crochet and make things with her husband.

Beverly had six grandchildren, ten great-grandchildren and many nieces and nephews. She was loved and will be missed by all.

She is preceded in death by her husband, Richard, her parents, six sisters, and a grandson.

The family would like to express our deepest gratitude for all who had helped take care of Beverly.

“There are so many of you to thank. Family, friends, hospice, home health, doctors, hospital staff, hair dressers, and house keepers… Thank you all!” She will be missed by so many.

Donations can be made to the Hospice House of Cd’A, Ida. 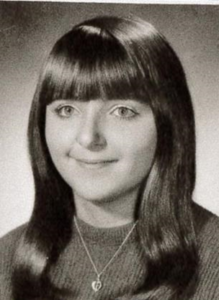 Susan Kay Boyd, 66, died Friday, March 12, 2021 at her home following an extended illness.  She was born at Omaha, Nebraska to Ted and Jeannine (Gash) Boyd on September 16, 1954. She came to Libby with her family in 1963 where she attended Libby Public Schools, and graduated from Libby High School with the class of 1972.

She worked at Rosauers in Libby until she moved to Spokane, Wash. for a period of time; she later moved to Kalispell where she remained for an extended period and worked again for Rosauers as a checker until she returned to Libby.

She was preceded in death by her parents Ted and Jeannine Boyd and her former husband David Brant.

A private interment will be in the City of Libby Cemetery under the direction of Schnackenberg Funeral Home. Condolences and memories may be shared at www.schnackenbergfh.com.