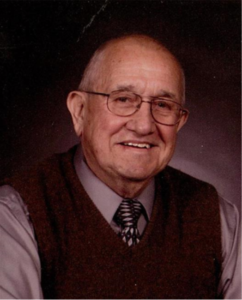 After many years of serious health challenges, Keith’s bright spirit sped from his old “clay jar”
toward his heavenly home in the wee hours of March 16, 2021.

Born June 9, 1931 in Somers, Mont. to George Dunstan and Dorothy Odell Walsh, the family moved to Libby in 1941 where Keith attended school playing basketball and football.

He  met the love of his life in Libby, Patricia
Kessel, whom he would marry after he graduated from Libby High School in 1950.

Keith worked for J. Neils in the box factory prior to enlisting in the United States Air Force.

He was stationed at March Airforce Base where he served four years and four more in the reserves.

Keith and Patricia returned to Libby in 1955 where Keith began working various jobs at the mill beginning as a welder and ultimately closed out his career as maintenance leadman.

Keith was truly devoted to his beloved Libby!  He was a member of the Libby Elks Club for 39 years and served as an “Exalted Ruler” in 1973.

As a Cub Scout Master (for many years), he helped build the 1st
Pinewood Derby Track.

Keith was a member for of the American Legion Post #97 for 59 years and served as Commander in Chief in 1971.
During his tenure, he helped with “Operation Christmas,” flying 4000 Libby Christmas Trees to the troops in Viet Nam.

Keith treasured this memory and the government citation which he personally received which still adorns one of the many family room shelves alongside various community awards including dozens of golf and bowling trophies.

Keith served as chairman of the board in the early days of the Cabinet View Country Club and he enjoyed golfing with so many wonderful friends up to and following his retirement.

Keith was preceded in death by 3 siblings, George, Marv and sister, Geri.

Keith is survived by his wife Pat of 68 years; 2 sons, Brian “H” (Laurie) of Peoria, Ariz. who returned to Libby in 2018; Darren (Julie) and their daughters, Liz and Kelly of Seattle, Wash.; a brother  Russ, Ariz.;  many cousins, nieces and
nephews who loved him living in the U.S. and
Canada.

A Christian memorial with military honors will take place this summer; date to be announced.

In lieu of flowers,
memorials in Keith’s
honor may be sent to Christ Lutheran Church 200 W. Larch Street in Libby. 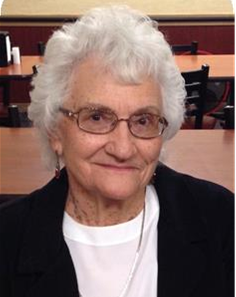 Verna Anna Welch, 95, passed peacefully into the arms of her Lord at home with her daughters by her side.  She began her life in Ekalaka, Mont. on December 23, 1925, the daughter of Albert and Anna Frye.

A longtime Libby
resident, she worked as
a clerk for the Forest
Service.  After retiring, she and her husband, Charlie, enjoyed traveling to
Europe, Hawaii, and most of the United States.

Family was important to Verna.  She was preceded in death by her husband, Charlie; six of her siblings; and sons, Bob Welch and Charlie Welch.

Verna was one of the founding members of the Libby Christian Church.  Her church family
remained important to her and supportive of her to the end.

She so appreciated her many friends in the
community who helped her remain independent and at home.

Services for Verna were held on Monday, March 22, at Libby
Christian Church.

A full obit will appear at a later time. 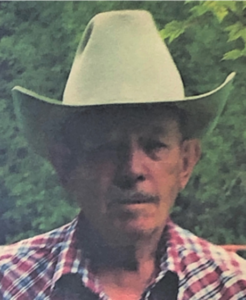 Junior (J.C.) Peterson passed away on February 24, 2021 at Kalispell Regional Hospital at the age of 91.

Junior served in the U.S. Army and worked in construction all over the Northwest. He put time in at the Libby Dam until its completion.

He also had his own logging business and a well-drilling service with Bud Campbell.

Junior liked to help people in the community and was always looking out for his own family.

His favorite saying was, “Stay on the sunny side of life.” One of his favorite things to do was to sit back and enjoy a glass of whiskey while visiting with friends.

Darlington Cremation is caring for the Peterson Family. There are no plans for a service at this time.

The family plans to have a gathering later on in the year.

Doris was preceded in death by her parents and six siblings.

She is survived by her loving husband, Barry, three siblings, six
children, and more
grandchildren than a cat has liver pills.

Doris was known for her excellent cooking and sass. She would often whip up cookies, pies and other treats to be delivered, only to tease her recipients with a grin
saying, “Whatever goes on the lips, forever stays on the hips.”

Doris loved hosting people, even if her septic tank didn’t. She loved feeding people, squirrels, deer, and other animals (but not the bears), even if it cost an arm and a leg and half your clothes.

Doris also enjoyed quilting and sewing. She loved making things and giving them away, just to see a smile on another’s face.

A private service will be held at the family’s convenience, followed by a celebration of life in late spring. In lieu of flowers, consider donating to the Spokane Shriners
Hospital, 911 W. 5th Ave., Spokane, WA 99204 or online at:
lovetotherescue.org (check box to dedicate in memory of Doris Brown).