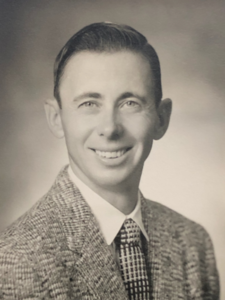 He attended Missoula County High School from where he graduated in 1954.

After graduation, he went to work for the Keno stores in Portland, OR.

From there, he went on to work in the saw mills at Polson, Mont., then Plumcreek  and St, Regis saw mill in Libby.

Bill is preceded in death by his father (Frank), mother (Avita), brother (MIke), and granddaughter (Lauren May).

Bill loved bowling and his Lionel trains. He loved his family and loved fishing the Kootenai with his boys every weekend.

He loved people, he loved to laugh and tell jokes, he loved playing cards with his friends.

BIll loved everybody and could get along with anyone. He had no greater love than he had for his Leva. He also so loved his boys, family and friends.

He was a great
husband, father, friend, hard worker, but most of all, he was a great and caring man who had a big heart and cared about everybody.

The Rieley family would like to extend a
special thank you to
Dr. Gunther and all the nurses and doctors at
Cabinet Peaks Medical Center for the great care given to Bill.

The family also wants to thank those people who sent cards and flowers along with their thoughts and prayers.

Remembering you is easy,
I do it every day.

Missing you is the heartache

that never goes away.

Ann Wilson passed away on April 7, 2021
in Libby, following an
extended period of declining health. She was 84 years old. Ann was born on
February 9, 1937, in
Adams, Minn. to Alfred and Louise King.

As a young child, she moved with her family to Eltopia, Wash. and then to Richland, Wash., where she grew up and graduated high school.

She married her high school sweetheart, Gary Wilson, on February 26, 1956. They lived in California and Washington before moving to Libby with five young children in 1962. Together they raised a
family of eight children who all grew up in Libby. In addition to being a mother to her large family, Ann worked together with Gary at the family grocery and hardware stores until 1984.

Ann was an avid
gardener and enjoyed growing a variety of flowers and vegetables in her large, impressive gardens. She also loved children and surrounded herself with them – either her own children and grandchildren or the 60 or so children she fostered, both formally and informally.

Ann also cared for many children in the childcare she operated from her home until her retirement in 1999. She was a caring, generous person who would literally give you the shirt off her back if you needed it.

She was extremely proud of her family, was fiercely and vociferously protective of them, and happy to brag about their accomplishments.

Arrangements are by Schnackenberg Funeral Home in Libby.  Online condolences and memories may be shared at:
www.schnackenbergfh.com