Duane graduated from
Libby High School in 1968
and attended Montana State University where he studied
film making. He enjoyed photography and was the official family photographer. He set up his own darkroom where he developed many photos he took.

He loved music, playing
the guitar and was an avid fan
of The Beatles and Beatles
memorabilia.

He enjoyed watching
Jeopardy and he was a tough competitor.

Duane was smart, kind
and had a quick wit. One of the joys in his life was teaching his
nephews and nieces how to
play board games.

As a young adult, Duane enjoyed riding his motorcycle and skydiving. His life was
forever altered when, at 25,
he was diagnosed with a
progressive spinal cord disease. Although homebound, he
embraced the technology that allowed him access to the world outside.

Duane adored his cat Gracie. He loved strawberry milk, juicy fruit gum and black licorice. He said that Amazon “changed my life!” Nieces and nephews looked forward to his unique presents and considered him the “best gift-giver ever!”

He was honored to create the Sunday Bulletin for the
Libby Church of God for 26 years and took great pride in
his work. Duane was able to stay independent and remain in his own home because of the love and support he received from many caring people.

His family would like to give their heartfelt thanks to his neighbors, Joe and Cindy Miller,

Gary and Jill Beach, Addus Homecare, and his special friend and caregiver Don Tinnell. We also thank Dr. Glenne Gunther and the staff at Cabinet Peaks Medical Center for their
compassionate care and support of Duane and his family.

Anyone who knows Duane knows of his kind and generous heart. Throughout his life he sponsored under-served
children through the Christian Children’s Fund.

He was preceded in death by his parents, Gene and Ruth Richards and brothers, Jimmy and Larry. He is survived by siblings, Becky Parris (Kenneth), of Walnut Grove, Mo., Judy
Pewitt (Bruce), of Cicero, Ind., Gary Joe Richards, of Libby, Mont. and Debbie Orcutt (Robert), of Cicero, Ind.

Duane was loved by many nieces and nephews and was especially close to his cousin David. He leaves behind many caring longtime friends,
including Dan Howard, JoAnn Armstrong, Nancy (DeeDee) Matter and Mark Osteen.

Donations in Duane’s memory may be made at:
www.childfund.org.

“But they that wait upon the Lord shall renew their strength; they shall mount up with wings as eagles; they shall run and not be weary, and they shall walk and not faint.” Isaiah 40:31

A private family service celebrating Duane’s life will be held on a later date. 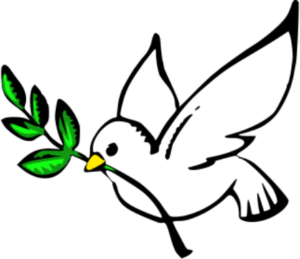 Services are pending and will be announced.  Arrangements are by Schnackenberg Funeral Home in Libby. 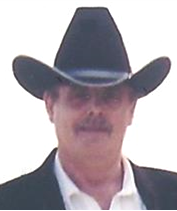 Our beloved Edwin A.
Parris, “Sonny”, 83, passed away peacefully on July 29, 2021. He was born in Epworth, Ga. in 1938 to Audelee and Lora Parris with his family of three brothers and three  sisters.

He would go on to join the U.S. Navy in 1955,
eventually serving in the reserves until 1961 and was honored to be a United States of America military veteran.

After discharging in Los Angeles, Edwin then started working for the Anheuser-Busch Brewery (Busch
Gardens) out of Van Nuys Calif. He became a foreman and a long-term carrier.

He would then move
to Libby, Mont. where
he started driving for
Harlows School Bus Service.  He drove children to schools, fire fighters to the front lines, and even Army Corps of Engineers to the Libby Dam.

Upon retirement, Edwin lived his life out peacefully and had many projects – cars, boats, and his land.

He is survived by two sons, Eddie and Shane Parris and youngest sister,
Donnijan Schreiber along with several nieces and nephews and grandchildren.

Announcement upon confirmation of service date.

“Uncle Sunny,
Fly with the angels, see your brothers and sisters and be at peace, I will miss you.”

Local arrangements are by Schnackenberg Funeral Home in Libby. 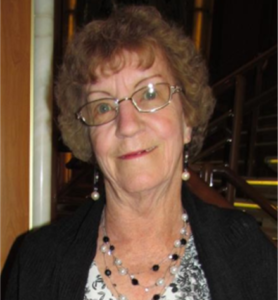 Gwendolyn Ellen Mally, 81, of Stevensville, Mont,, passed away peacefully in her sleep on Wednesday, July 28, 2021.

Gwen was born on October 23, 1939, in Richmond, Calif., to Francis Earl and Venita Marie (Byars) Gray. She attended U.C. Berkeley and received a
Bachelors of Arts degree in Spanish with a minor in Math.

After graduation she met and married Robert Lucien
Mally. They were married on May 31, 1962, in Reno, Nev. The couple later moved to Libby, Mont., where they raised their two daughters, Darla and Patti.

While in Libby, Gwen worked for Fennessy, Crocker
& Allen as a legal secretary. She later went to work in the
business office of the Libby School District as secretary for the Business Manager. She
retired in 2004.

Following retirement Gwen and Bob, moved to Stevensville, Mont. to be closer to their daughter Patti and her family.

Gwen was a loving wife, sister, mother, grandmother, and great-grandmother. She loved spending time with her family.

She also enjoyed traveling, going on cruises, tending to her garden and flowers, and
researching her family history on Ancestry. Gwen is preceded in death by her parents, Earl “and Venita Gray; her husband, Robert (Bob) Mally; and an
infant daughter.

Conduff, Lincoln, N.Dak.; along with numerous nieces, nephews, and cousins.

Family and friends will be gathering for a Celebration of Life on August 14 at the home
of her daughter, Patti, in
Stevensville, Mont. 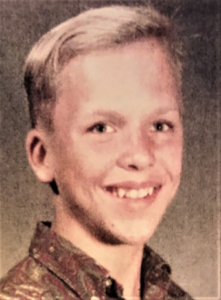 Tom was born on July 8, 1955 in Colorado Spring, Co. to Howard and Betty Louise Sunell.

When he was 8 years old,
his mother remarried to
Clyde E. Ross, Sr. who raised Tom as his own.

A memorial service at the family park in Libby will be held at a later date. 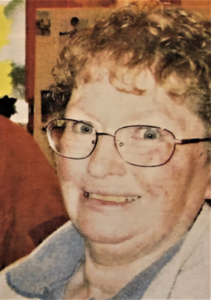 Leslie passed away after
a long illness on December 14, 2019 at the home she shared with her husband, Bruce, in Ferndale, Wash. She was 70 years old.

The oldest daughter and second child of Roland “Rolly” and Buelah Johnson, Leslie was born in Libby, Mont. on August 9, 1949.

Raised in Libby, Leslie graduated with honors from Libby High School in 1967.

After a year of studying music in Beloit, Wis., she found her true calling – nursing. She attended Sacred Heart School of Nursing in Spokane, Wash. and St. Patrick Nursing School in Missoula, Mont. where she graduated in 1975 with her RN.

Leslie met the love of her life in Libby and married Bruce Spain on May 20, 1978. There, they raised two sons, Nathan and Nicholas.

Leslie never lost her
passion for nursing or her
compassion for her patients.
An accomplished nurse, she served in every capacity in hospitals both large and small in Spokane, Wash., Libby, Mont. and Polson, Mont.

After moving to
Washington, her dedication remained where she took a position at St. Joseph’s Hospital in Bellingham and retired as
a valued member of the open-heart surgical team.

Despite her busy career,
Leslie continued her education, receiving a BS in Nursing – again with honors – from the University of Washington. She was currently working towards her Master’s Degree.

Leslie was also known as a
passionate lover of music.
She skillfully played the piano,
oboe and bassoon and belonged to several local musical
ensembles.

She was preceded in death by her parents and her beloved stepmother Beulah (Price) Childs.

Leslie will be forever loved and missed not only by her family, but by everyone fortunate enough to have known her.