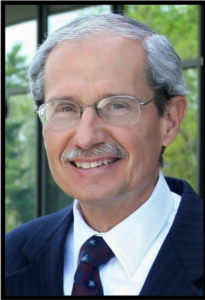 Pastor Liebelt was born in Topeka, Kansas to Elder Ben and Ann Liebelt, the first of two children. He began his ministry for the Lord at age three as “The Little Singing Evangelist” for his pastor father. He was very musical, playing the piano, organ, trumpet, baritone and sousaphone.

He met his wife, Gerita Garver, at Southern Missionary College in 1968 and they married in 1969.  He was officially ordained to the ministry by the Carolina Conference of Seventh-day Adventists in 1976. From there they served 26 churches all across the United States.  Pastor Liebelt also did evangelistic meetings in Bermuda, Columbia, Venezuela, Indonesia, Peru and Romania.

Pastor Liebelt had a strong faith in God and felt that the return of Jesus is imminent. His sincerity and compassion touched many lives. He will be greatly missed by his loving family, his church family, and friends.

Arrangements are under the care of Schnackenberg Funeral Home.  Online condolences and memories may be shared by visiting www.schnackenbergfh.com. 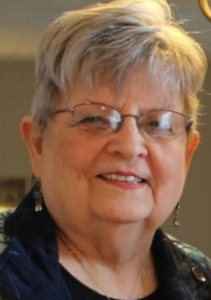 Doreen (Dugger) Koch age 83 passed away on November 19 in The Dalles, Ore.  Doreen was born on September 23, 1938 in Bremerton, Wash.to Alvin and Florence Swanstrom.

In her earliest years she lived in California, New York and Maryland. By elementary school her dad had retired from the Navy and she grew up in Kenmore, Wash. During her junior high and high school years she was very active in the Girls League and Theta Rho- a girls club sponsored by the Odd fellows and Rebekahs.

She played piano, organ, harmonica and loved horses. She was active at Kenmore Babtist Chapel and became a Christian in the summer of 8th grade.

Doreen had always wanted to be a nurse and to pursue her dream, she joined the US Navy in October 1956.  She attended Hospital Corps School and was assigned to Camp Pendleton Naval Hospital. She met, fell in love and married her first husband Bob Dugger at Camp Pendleton. They were married there in April 1958. Doreen and Bob shared 27 years of marriage.

After they were both honorably discharged from the Navy, they moved to Kenmore, Wash. to start a family. They also lived in Renton, Wash. and Libby, Montana. She sold Beeline clothes, raised rabbits, had her own needlecraft business and art/framing shop.

She was active in 4-H leadership and loved and excelled at knitting, crocheting, quilting, counted cross stitch and gardening. Doreen and Bob had four children during this time.

In 1985, Doreen moved to The Dalles, Ore. She met the love of her life- Bob Koch and they were married in February 1988. Doreen and Bob had many fun adventures and shared 33 years of marriage together.

Doreen had a very busy and fulfilling life in Oregon. She worked for a wonderful physician, Dr. Fran Yuhas up until she retired and then was also privileged to work with PC: Valerie Hiveley-Blatz.  Doreen was an active member of The Dalles community which included being active in Relay for Life and The Scarlet Begonias-Red Hat ladies society.

Doreen and Bob were both cancer survivors and together created The Pink Project which assembles “We Care” packages to help women understand they are not alone in their battle with cancer.

In her later years, Doreen continued to love and enjoy spending time with Bob. She also enjoyed knitting, crocheting, quilting, reading, antiquing, enjoying her dogs and cats, and doting on her blended family of 6 children, 10 grandchildren and 7 great grandchildren.

Doreen (Mom, Grandma, Great Grandma) is already so missed, and we would like to remember and honor her with a celebration of life that will be held in The Tri-Cities area in Spring 2022.

The date, time and place will be announced at a later date.  All of her friends and family are invited to join us. 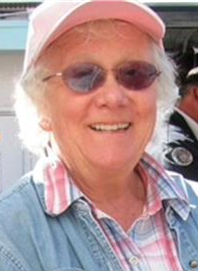 On Wednesday, December 15, Judy Lundstrom, loving mother and grandmother, passed away peacefully at her home at the age of 81.

Judy was born on November 17, 1940 in Libby, Mont. to Edward and Marguerite Davidson. She graduated from Libby High School and worked many jobs throughout her life, finally retiring from the Libby Sports Center only four short years ago after working there for 38 years.

In 1960 she married I.V. Graham and they had three sons; John, Jay, and Jack. In 1970 she married the love of her life, Carl, adding four more children to the family; Linda, Art, Dan, and Jeanne.

Judy or Grandma Judy, as she was affectionately known by many, had a passion for helping and loving anything and everything. Whether it was people or animals, if she could find a way to care for you, she would.

Judy was also an avid follower of the sports in her community, especially those that her children and grandchildren were playing in or coaching. You could easily find her sitting on the bleachers cheering on her Loggers in any capacity possible. Rain or shine, she and Lori were going to be there.

She loved traveling, being outdoors, and taking care of her many furry friends at her small farm. Grandma Judy was also the Northwest Montana Educational Foundation Representative for many years, hosting over 20 foreign exchange students with Carl in their home in Libby.

Judy had quite the gang she would go on adventures with; Lori Thorstenson, Diane Kneller, Linda White, Inez Hanson, and Helen Bundrock just to name a few. If you saw her with any of these ladies, you knew they were about to take the town by storm.

Family was Judy’s most prized possession and coming in at a close second were her animals.

A celebration of life is being planned for this coming summer. Memorial donations may be made to Kootenai Pets For Life in Grandma Judy’s name. Local arrangements are under the care of Schnackenberg Funeral Home of Libby.

Online condolences and memories may be shared by visiting www.schnackenbergfh.com.