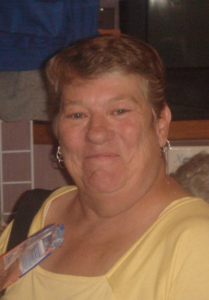 Sara Ann Whitehouse, 74, slipped away peacefully at the Libby Care Center on Sunday, January 9,  after a long battle with COPD.  She was born on July 27, 1947 in Libby to Duane and Mildred (Baeth) Whitehouse.  She grew up in Libby and graduated from Libby High School in 1965.

After high school, Sara attended beauty school in Spokane.  She married Jim Aver in 1973 and welcomed son, Erik, in 1981.  He was the joy of her life and is now a professor of physics at Gonzaga University in Spokane.  Sara was proud to help run an auto detailing small business with her then husband in the early 1990’s, and she graduated from the Lincoln County Campus of Flathead Valley Community College with her Associate’s Degree in 1998.

Sara’s favorite pastime was spending time at the family cabin on Bitterroot Lake since 1955.  Year round, she spent many holidays and special occasions at the lake.  She loved camping with family and potlucks in the backyard.  She also enjoyed playing cards, especially cribbage.  There were many family get-togethers at the Whitehouse home playing tripoley, pinochle, and bunco.

She was preceded in death by her parents, Duane and Mildred, and brothers, Kent and Roy.  She is survived by her son, Erik; nieces Jackie and Heidi; Uncle and Aunt Brad and Shirley Beath; Aunt May Granlund; many cousins, including Janie, Reenie, Gloria, Paula, Diane, Tony, and his wife Cindy; and countless friends, including her close friend since high school, Carol, and her close friend and former neighbor, Jo.

Services for Sara will be held at a later date.

Arrangements were under the care of Schnackenberg Funeral Home of Libby.  Online condolences and memories may be shared by visiting www.schnackenbergfh.com. 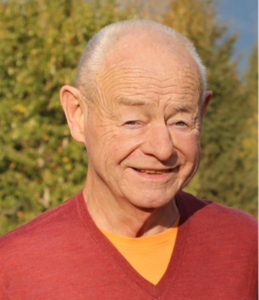 The family of Lawrence Henry (Larry) Sverdrup Sr., with heavy hearts but with good memories announce his passing due to natural causes January 7.  Larry’s character defined him best with his focus on family and community, including coaching youth sports and supporting its role in the healthy development of children. He also loved running and ran marathons until his joints told him no more.

Larry met and married the love of his life Emily Krez, 69 years ago in Buffalo, New York.  Larry was preceded in death by two of his children Marie and Kathleen. Larry’s other children; Larry Jr., James, Eileen, Sharron, Sandy, Linda, Francis, and Eric, their spouses, numerous grandchildren, and great grandchildren will always think fondly of him.

After honorably serving his country in the US Air Force as a Captain, Larry attended law school in Missoula, Mont. before planting his roots in Libby in 1966, joining the Williams law firm and eventually running a successful title company. He loved Libby, striving to assist its growth and develop its history, while serving on the school board, Knights of Columbus, Rotary, and Sons of Norway (to name a few).

Please join us in person (masked or unmasked) or in your thoughts and prayers for visitation from 1-6 p.m. Monday, January 24 with Rosary at 7 pm at the Schnackenberg Funeral Home, followed by the funeral mass at the St Joseph Catholic Church at 11 a.m. Tuesday, January 25. Following interment at the City of Libby cemetery there will be a luncheon at Parish Hall.  Arrangements are under the care of Schnackenberg Funeral Home in Libby.  Online condolences and memories may be shared by visiting www.schnackenbergfh.com. 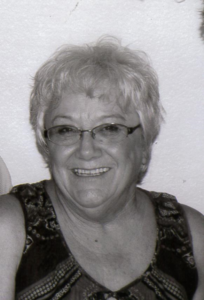 Sharon Rose Michels, 76, passed away on Sunday, January 16, 2022 at Cabinet Peaks Medical Center in Libby.  She was born on August 6, 1945 at Crookston, Minnesota to Clarence and Mary Hoffman. She was the last of the 5 siblings. She attended school in Crookston until they moved to Libby. She was 10 years old when she came to Montana and then attended schools here.

Sharon started working as a waitress at the age of 15 and when she turned 21 she became a bartender.  She managed the American Legion and the Elks Club.  She then went on to become a hairdresser.  Sharon married Jerry Michels in 1973. They enjoyed life together for 52 years.

Sharon also worked for Bert and Mazie at the MK Steakhouse for 17 years.  She enjoyed doing many different things, golf ladies at the CVCC.  She loved to golf, was in the Red Hats, 57 Club and team roping.  She was a good healer.

Services will be held at a later date and will be announced.  Arrangements are by Schnackenberg Funeral Home in Libby.  Online condolences and memories may be shared at www.schnackenbergfh.com.