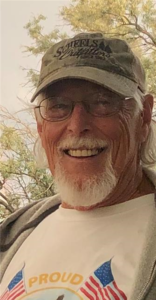 Richard W. “Rick,” Johnson, 77, passed away January 31 at his home surrounded by loved ones. He was born in Libby, Montana on November 14, 1944 to Fred and Margaret Johnson.  He was raised and educated in Libby, graduating in 1963.  After spending a year at Northern Montana College in Havre, he was drafted into the US Army and served 2 years as a weapons specialist, including 1 year in Vietnam.  Rick was very proud of his military service.  His daughter, Shayne and grandson Reagan, followed in his footsteps serving in the Air Force and Army, respectively.  Following his military service, he returned to Libby in 1967.  Rick began working for the Forest Service, stationed at one of his favorite places, Raven Ranger Station.

In the summer of 1967, he met Mary Lee Craver, the love of his life.  They were married in September of 1968.  Rick and Mary Lee built a beautiful life together with their children Scott and Shayne.  Hunting, fishing, skiing and water sports were how Rick spent his family time.  His hunting camp on Richards Mountain was legendary among friends, with many weekends spent hunting deer and elk.  He gave many summer weekends to Kootenai Winter Sports and Turner Mountain, serving on the board of directors, keeping the old T Bar up and running, and clearing brush from trails.

Following his Forest Service career, Rick went on to work at St. Regis Paper Company, working in the woods, running skidder, setting chokers, and running dozer.  Work, however, was always secondary to his family.

Rick raced canoes and log rafts.  He floated most of the major rivers in Montana with his paddling group the “Hardy Boys” (Paul Johnson, John Damon, Randy Edwards, John Lindsay, Ed Pederson and Will Shirley) from 1985 until 2021.  They floated the Missouri, Milk, and Marias rivers each spring.  Rick always had the best stories about these adventures.

In lieu of flowers, donations may be made to Wings or The American Legion, Austin Reedy Post. Arrangements are by Schnackenberg Funeral Home in Libby.  Online condolences and memories may be shared at www.schnackenbergfh.com 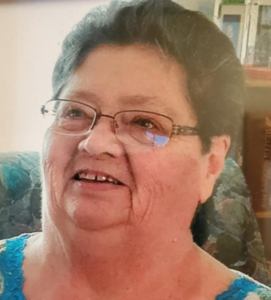 She had many interests, including painting, scrapbooking, genealogy and history, and spreading love among her grandchildren and great-grandchildren.

Preceding her in death were her mother, Florence, and her brothers Bruce and Maddy.

A memorial service will be held on Saturday, February 5, 2022 at 1 p.m. at Schnackenberg Funeral Home, 422 W 2nd Street, Libby, Montana, followed by a graveside burial ceremony.  Any cards or flowers may be delivered to the funeral home.  Any financial gifts may be delivered to the Church of God, 1007 Utah Street in Libby, for the purchase of Gideon Bibles. Arrangements are by Schnackenberg Funeral Home in Libby. Online condolences and memories may be shared at www.schnackenbergfh.com. 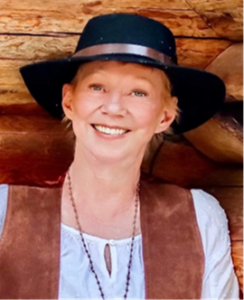 Sally R Rumelhart, age 71, passed away on Tuesday, February 1,  at her home in Libby from natural causes.  Born Sylvia Ruth Nelson (but went by Sally most of her life) to Lloris & Ruth (Lenz) Nelson on January 22nd, 1951, the second of six children.  Sally grew up on a farm near Rosholt, S.D. and spent the first 5 years of school in a one-room county school, graduating from Rosholt High School.  Married right out of high school, to which union, four wonderful boys were born, Quentin, Shane, Ryan and Brett Cottingham.  Unfortunately the husband had control and rage issues and the marriage ended after 15 years.  She tried marriage again a few years later but he was an alcoholic, so that did not last long.  Many years later she tried marriage again, but he died of a heart attack two months after the wedding.  Finally, in her late 50’s marrying one more time, to Paul Rumelhart, the love of her life, finally!

During all that drama, Sally raised her four sons plus gave a home to many “stray puppies” as she called them, when they needed it. Her door was never locked.

For survival, Sally was a CNA, medical assistant, ward secretary, motel owner, florist, bartender and even a vacuum salesman.  Finally, at the age of 46, she went to college for Landscape Design and started her own business.  For the next 15 years she gave beautiful landscapes to home owners and businesses alike.

Sally was artistic and loved creating whimsical things, painting anything from pictures to rock.  She liked reading and spending time in her gardens when not creating something else. Sally spent many, many happy hours outside (usually barefoot) among her flowers.  She loved her whole family with all her heart! Between her children and Paul’s children they have eight wonderful kids, 14 grandchildren and 9 great grandchildren who have brought them both so much joy.

A celebration of Life will be scheduled at a later date. She wants this to be a simple, casual time (no need to dress up) for sharing stories and memories from everyone.  Sally wishes she could be there to hear them.  Arrangements are by Schnackenberg  Funeral Home in Libby.  Online condolences and memories may be shared at www.schnackenbergfh.com. 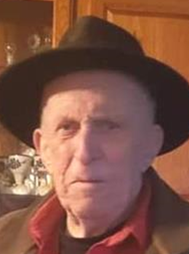 Mickael M. Kair, 79, passed away January 29,  at his home in Libby.  He was born May 30, 1942 to Morriss H. & Edith (Nicholson) Kair in Portland, Oregon. Mickael spent his early years in and around the Ashley Lake area attending school taught by his mother Edith Kair. The family moved to Libby in 1953 where he attended Libby Public Schools graduating from Libby High school in 1960.

After graduating he went to work in the woods eventually becoming a logging contractor/owner -operator running several businesses over the course of his life. He met Marilyn Vinson in Libby they married in 1960; they had 5 children David, Brian, Kathy, Scott & Kelly. They later divorced in 1999. In 2007 he met the love of his life, Ronda Ames; they married on March 17, 2012. They spent lots of time camping & hunting with friends & family. Mickael was a simple man of many talents and tried to enjoy life to its absolute fullest when given the opportunity to do so.

Mickael semi-retired from logging in 2000 and became a project supervisor for ER from 2002-2005 when he returned to logging until 2010 when he retired. A few years later, bored with retirement, he went to work for Lincoln County Transportation from 2013-2016, when he was diagnosed with cancer, in 2019 he went to work for Evergreen Disposal driving a Garbage Truck. He was often quoted as saying” All good loggers grow up to be garbage truck drivers” he continued to do so until November of 2021 when his health began to fail again.

At his request no services will be done at this time the family will hold a private memorial later in the spring. Arrangements are by Schnackenberg Funeral Home in Libby.  Online condolences and memories may be shared at www.schnackenbergfh.com.