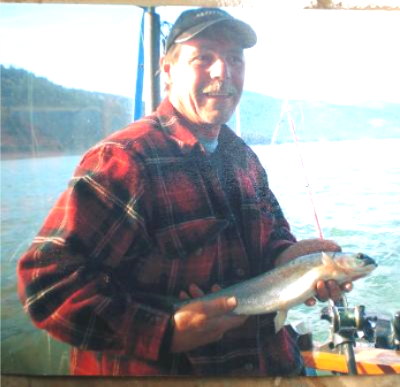 68, of Troy, died   Oct.  2 at Community Hospital in Bonners Ferry, Idaho. He was born in Libby, Mont. on Aug. 4, 1951 to Jeanne (Cole) Osborn and Robert Olson. He was later adopted by Al Pennock. As a child, his family traveled around quite often due to Al being in the Air Force. He later moved to Troy and finished out his high school years graduating in 1969. He then joined the Army and served in Vietnam for two years.

After leaving the service, he found his way back to Troy where he met Sherry Alyea and began a family with her. Randy enjoyed the outdoors of the great northwest, being an avid hunter and fisherman and particularly doing those things with his family. He had worked as a millwright for many years, working at both the Asarco and Troy Mines, and later at the Bonners Ferry John Deere Dealership.

He is survived by his wife Sherry, mother Jeanne Cole Osborn, father Al Pennock, sister Patty, and his brothers Larry and Donny, his children and their families as follows: Travis Pennock, Celia Swanson their three children, Bentley, Corbin, and Adaline, Amy Pennock Ruddick, Tom Ruddick and their two children Laurissa and Ariah, Joseph and Robbee Pennock and their two children Oz and Scarlet, and many other loved ones. He was preceded in death by Robert Olson and Oz Osborn.

Services were held on  Tuesday, Oct. 8 at 4 p.m. at Troy Christian Fellowship.  Condolences or memories may be shared online by visiting www.bonnersfer ryfuneralhome.com.