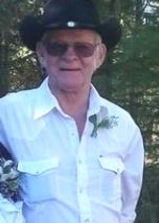 He was born on Dec. 25,1937at Dover, Idaho to Jack and Roselund McGhee. He grew up in Toledo, Ore. Robert enlisted in the U.S. Marine Corps and served until his honorable discharge in 1963.

Robert lived and worked at various places and jobs around the northwest before he came to Libby-Troy area in 1967. He resided in the area until he passed away. He was employed by St. Regis/Champion International for 26 years until he retired. Robert was a member of the Toledo, Ore. Elk’s Lodge and also a member of America Legion Austin Reedy Post 97 in Libby. He loved the outdoors, camping and fishing and was an avid hunter. He also loved to dance and shoot pool.

He met and married the love of his life, Georgia Carr, in 1997; they were happily married for 22 years.

Robert was preceded in death by his parents, and his first wife Bille McGhee Scott.

Arrangements are by Schnackenberg Funeral Home in Libby. Online condolences and memories may be shared a www.schnackenbergfh.com.