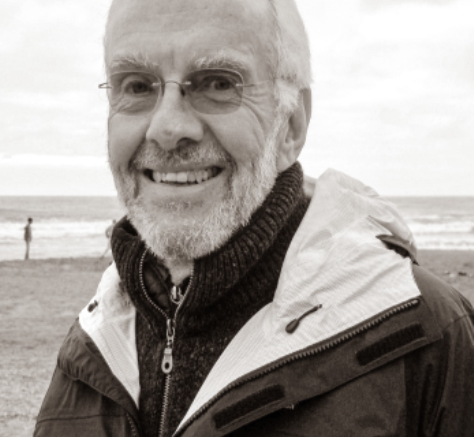 Shelton Cross Williams (Mike) was born at St. Patrick Hospital in Missoula, Mont. on Nov. 21, 1940, to Shelton R. and Madge (Cross) Williams. Mike’s father was attending law school at the University of Montana at the time of his birth. Mike’s father grew up in Butte, where his father’s parents had operated the American Candy Company. His mother was from Thompson Falls, where her parents operated the general store.

During WWII, Mike and his mother lived at the naval base in San Diego while his father served in the Pacific fleet. After the war, they returned to Montana and lived in Deer Lodge and then Kalispell before settling in Libby, where his father opened a law practice and title company. The oldest of three boys, Mike was an Eagle Scout, and graduated from Libby High School in 1959. He played football for the Loggers. He received a scholarship to attend Dartmouth College, graduating in 1963. For summer work he worked on fire crews and construction of the bridges west of Missoula for the new I-90.

He then followed in his father’s steps and attended UM School of Law. He graduated first in his class, was selected editor of the Law Review, and received his J.D. in 1966. Mike clerked for Chief Judge Walter Pope of the Ninth Circuit Court of Appeals in San Francisco upon graduation. After his clerkship, he was hired by the law firm Worden, Thane, which became Worden, Thane, Haines and Williams. In 1973, Mike started his own firm, originally with Alex George and Jim Benn, and later with Richard Ranney and then his son, Mark. Today it continues on as Williams Law Firm PC, with nine attorneys and offices in Missoula and Bozeman.

In Mike’s earlier years, he served as an officer of the Kiwanis Club, the Missoula Symphony Association Board, the State Bar Association, and the Montana Defense Trial Lawyers. He taught Insurance Law and Remedies as an adjunct professor at the UM School of Law. He tried nearly 100 civil jury trials and was selected to the American Board of Trial Advocates.

Mike married Donna Lea Finstad of Helena in 1963. Together they had six children. In 1984, he married Lois Pilote and added her two daughters to the collection.

Mike worked very hard but also played just as hard. He taught his children the importance of excelling in school and of recreation and exercise. He enjoyed skiing (especially Snowbowl), backpacking, lake kayaking, rafting, scuba diving, and traveling the world. We expect that he is still searching for that hidden untracked powder.

After retiring, Mike and Lois moved to Flathead Lake, with winter sojourns to Maui. Mike loved spending time with his children and grandchildren, and particularly enjoyed attending his grandchildren’s numerous sporting events. An avid Grizzly football fan, he rarely missed a home football or basketball game.

A Celebration of Life reception was held at the Canyon Club at Grizzly Stadium Sunday, Sept. 22.

The family wishes to thank his many caregivers from his final years and requests no flowers please. Memorials may be made to the Shelton Williams Scholarship at the UM School of Law, Partners Hospice Care of Missoula, or the Providence St. Patricks/St. Josephs Foundation.