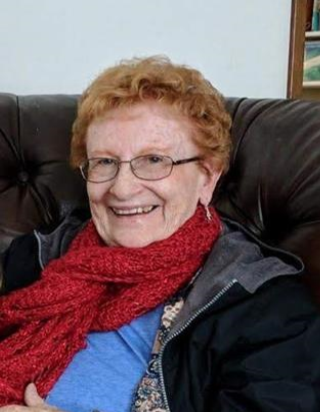 Theresa C. Schneider, 80, passed away peacefully at her home on Sunday, Aug. 18, 2019 in Libby.  She was born on Jan. 14, 1939 in Baker, Mont. She was raised on her family ranch by her parents Theodore and Barbara Bruha.  She was the youngest of seven children. Theresa road horseback 6½ miles to a one room school house growing up.  She attended high school in Baker, and graduated in 1957.

Theresa worked in a drug store until she moved to Glasgow, Mont. and married Pat O’Neill. They had three children, Deborah, Mike and Patrick. She moved to Libby and divorced Pat. She then married John Schneider and they had Tom.  She worked at the Libby Care Center for 17 years, returned to school and studied nursing for three years. Theresa became Hospice Director in 1983 -1997.  At the same time she also worked for Help Line for five years and worked for St. John’s Lutheran Home Health, crossing over to the hospital for seven years. She worked for Spokane Pathology for 38 years, Cabinet Peaks Medical Center, and Bull River Clinic.

Theresa was very involved in St. Joseph Catholic Church, in the choir and helped put funerals together, this was all very important to her. She had a special love for The Harvest Dinner, which she put together, she never did retire.

Visitation was from 1 until 7 p.m., Monday, Aug. 26 at Schnackenberg Funeral Home in Libby, followed by Rosary at 7. Mass of the Resurrection will be at 11 a.m., on Tuesday, Aug. 27 at St. Joseph Catholic Church in Libby. Online condolences and memories may be shared at www.schnacken bergfh.com.