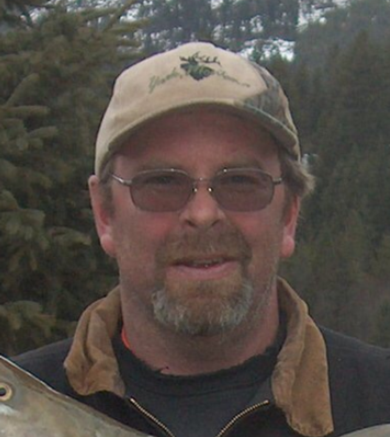 William (Bill) Douglas Reichel passed away peacefully on Aug. 12, 2019 at his home surrounded by his loving family. Bill was born on Feb. 22, 1962 in Hamilton, Mont. to William A Reichel and Gerry Harms. He attended grade school in Hamilton, Mont. Bill didn’t finish high school but chose to go to job corps in Anaconda, Mont., where he finished with a trade in carpentry.

Bill loved to work, he worked a variety of jobs in the construction industry around the Pacific northwest. Bill had many favorite jobs, but his favorite job was working around his house in Libby with his kids and wife; even when his kids weren’t always up to it. If you ever needed a hand doing anything Bill would be there to help.

Bill also loved to be in the outdoors. He loved to go camping at Horseshoe lake and Seeley lake. His favorite hiking spot was up to Black Eagle Rock on the River Road. If you were driving through Libby, you would always see him riding his bike around town with his dog snickers by his side.

Bill will be remembered as an avid fishermen around the Libby area; it didn’t matter what time of the day or what the weather was like, he would be out there fishing on the Kootenai river. He had many buddies that he would bring out on the river; his favorites were his dog, Snickers and his son, Will.

There will be a memorial in Libby to come.