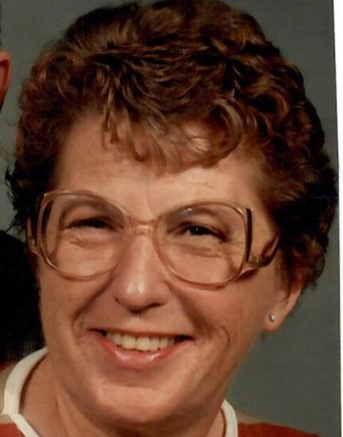 Yvonne (Vonnie) Varney passed away on June 9, 2019 at the age of 90 with her husband at her side. She was cared for at the Libby Care Center in Libby, Mont. after she sustained a broken hip in March. She was born in Billings, Mont. to Howard (Butch) Paul and Alice (Huntington) Paul on Nov. 22, 1928. She and her sister, Pamella, grew up in Billings. As an adult, Vonnie worked at the Gambles store in Billings as a clerk and bookkeeper.

She met her husband, Leland (Mickey) Varney on a blind date in 1956. Leland’s driving buddy, Kermit, knew Vonnie from Gambles and had asked her out and told her to bring her co-worker, Adeline, with her. Leland ended up with Vonnie and Kermit ended up with Adeline. Kermit and Adeline then married, raised their children and were together for 50 years until her passing. The four of them have remained good friends.

Vonnie and Leland dated until 1960 before getting married. As Leland says, “I was always too broke to get married.” Vonnie took over doing his books and kept him from bankruptcy. They were married in Oct. 1960 in Red Lodge, Mont. and moved to Gillette, Wyo. to work hauling crude oil.

They relocated back to Billings after the job lost its contract. Vonnie returned to work at Gambles and Leland went to work for Naranche and Konda Construction. The next summer N&K relocated them back to Wyoming to work on the missile project. After three years, the family was back in Montana to work on road jobs throughout western Montana. In 1967 a job change relocated them to Kalispell, Mont. and then to Libby from 1967 through 1973 to work on the Libby Dam project.

Then they went to Anchorage, Alaska for five  years to work on the oil pipeline. While there, Vonnie took up ceramics as a hobby and even had her own kiln.

Spokane, Wash. was their next stop where they purchased a home. They had a large vegetable and flower garden. Many of the flowers were transplants from her parents’ home in Billings. They also got into bee keeping and had a constant supply of honey for the family. She loved watching the birds in her garden and yard. Vonnie also loved to gamble and was fairly successful at it. She was a supporter of all veteran services.

The next six years were spent rotating back and forth from Fairbanks, Alaska and their home in Spokane while Leland worked in the Alaska pipeline camps until his retirement in 1985. They lived in Spokane for 23 years.

Their last move was to Troy in 2003 where Vonnie and Leland could be closer to family.

A memorial will be held at 11:30 on Friday, June 28 at the Double J Bed and Breakfast 16995 Highway 2 (Hwy 2 and the Bull Lake Road) in Troy. Arrangements are by Schnackenberg Funeral Home in Libby.  Online condolences and memories may be made at www.schnackenbergfh.com.