1624: Virginia becomes an English crown colony following the bankruptcy of the London Company.

1858: Abraham Lincoln,
in accepting the Republican
nomination for the U.S. Senate in Illinois, declares that,
“A house divided against itself cannot stand.”

1902: “The Wizard of Oz” musical first opens in Chicago, Illinois.

1980: US Supreme Court rules that live, human-made micro-organisms created in labs could be patentable, in
Diamond v. Chakrabarty.

1178: Five monks at
Canterbury report something exploding on the moon shortly after sunset (only known
observation).

1770: Emanuel Swedenborg reports the completion of the Second Coming of Christ in his work True Christian Religion.

1910: The first Father’s
Day is celebrated in Spokane, Washington.

1756: Black Hole of Calcutta: 146 British soldiers, Anglo-Indian soldiers and Indian
civilians are imprisoned in a small dungeon in Calcutta,
India where most die from
suffocation and heat exhaustion

The Women Behind Father’s Day

“The Forgotten History of
Father’s Day”
by Aurelia C. Scott 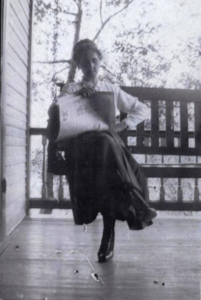 The first known
Father’s Day service
occurred in Fairmont, West Virginia, on July 5, 1908, after hundreds of men died in the worst mining accident in U.S. history.

Grace Golden Clayton, the daughter of a dedicated minister, proposed a service to honor all fathers, especially those who had died.
However, the observance did not become an annual event, and it was not promoted; very few people
outside of the local area knew about it. Meanwhile, across the entire country, another woman was inspired to honor fathers… 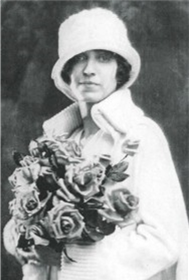 In 1909, Sonora Smart Dodd of Spokane, Washington, was inspired by Anna Jarvis and the idea of Mother’s Day. Her father, William Jackson Smart, a farmer and Civil War veteran, was also
a single parent who raised Sonora and her five brothers by himself, after his wife Ellen died giving birth to their youngest child in 1898. While attending a Mother’s Day church service in 1909, Sonora, then 27 years old, came up with the idea.

Within a few months, Sonora had convinced
the Spokane Ministerial
Association and the YMCA
to set aside a Sunday in June to celebrate fathers. She proposed June 5, her father’s birthday, but the ministers chose the third Sunday in June so that they would have more time after Mother’s Day (the second Sunday in May) to prepare their
sermons. Thus, on June 19, 1910, the first Father’s Day events commenced: Sonora delivered presents to handicapped fathers, boys from the YMCA decorated their lapels with fresh-cut roses (red for living fathers, white for the deceased), and the city’s ministers devoted their homilies to fatherhood.