1663: The Province of Carolina was granted by charter to eight British lords as a reward for their help in restoring Charles II of England to the throne.

1707: The Acts of Union 1707 was signed, officially uniting the kingdoms of England and Scotland to create the Kingdom of Great Britain.

1765: The Kingdom of Great Britain passed the Quartering Act that required the 13 colonies to house British troops in private homes.

1584: Sir Walter Raleigh was granted a patent to colonize Virginia.

1948: The first successful tornado forecast predicted that a tornado would strike Tinker Air Force Base in Oklahoma.

1949: The Soviet Union began deporting 92,000 people from Estonia, Latvia and Lithuania to remote areas of Siberia, in order to force collectivization of private farmland via terror.

1957: The European Economic Community was established with West Germany, France, Italy, Belgium, Netherlands and Luxembourg as the first members.

1830: The first edition of The Book of Mormon was published by Joseph Smith in Palmyra, New York.

1934: The first driving test was introduced in the United Kingdom.

1794: The U.S. government established a permanent navy and authorized the building of six frigates.

1980: “Silver Thursday” occurred as a steep fall in silver prices, resulting from the Hunt Brothers attempting to corner the market in silver, led to panic on commodity and futures exchanges.

845: Paris was sacked by Viking raiders, who collected a huge ransom in exchange for leaving.

1814: The Royal Navy of the United Kingdom defeated the U.S. Navy in the Battle of Valparaiso, Chile, during the War of 1812.

1862: Union forces stopped the Confederate invasion of New Mexico, in the Battle of Glorieta Pass, which began two days earlier.

1984: The Baltimore Colts loaded its possessions onto 15 Mayflower moving trucks in the early morning hours and transferred its operations to Indianapolis.

1990: The parliament of Czechoslovakia was unable to reach an agreement on what to call the country after the fall of Communism, sparking the so-called Hyphen War.

1822: The Florida Territory was created in the United States.

1870: Texas was readmitted to the Union. 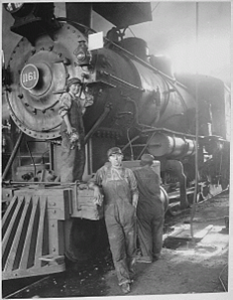 During World War I, many women joined the workforce both for the

economic opportunity and out of a sense of patriotism. The War Department

cataloged this photo of two 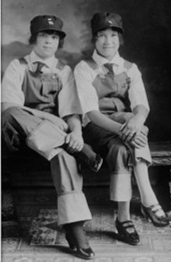 This formal portrait of Natalina (Indendi) Parisi and Hazel Cole shows a work outfit radically different from the heavy boots and thick coveralls shown in other photos. Both Parisi and Cole worked as engine wipers for the Northern Pacific Railway during World War I. Photo courtesy of the Whithorn Collection, Yellowstone Gateway Museum, 2006.044.8833. 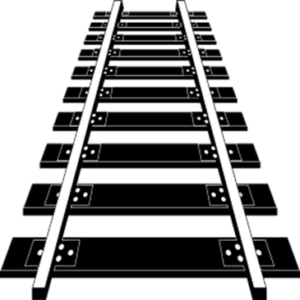 When the Northern Pacific Railroad established its Central Division maintenance facility at Livingston, Montana, the town became a magnet for men seeking jobs on operational and maintenance crews. At the start of the twentieth century, one-sixth of the town’s population worked for the railroad. Most of these workers were recent immigrants to the United States.

Later, during the two world wars, many of their daughters also found good-paying work with Northern Pacific, one of the few employers in the state that paid women equally to men.

One of the first women employees was Natalina Indendi, who had immigrated to the United States from Italy when she was five years old, in about 1905.

Her father had emigrated three years earlier, but the rest of the family originally were denied passage because her brother was blind in one eye. When they were finally permitted to leave Italy, they went straight from the emigration office to the boat without a single piece of luggage.

“We were supposed to meet Dad in Chicago. . . . [But] the day we landed in New York he took off for Montana, because they were building up a crew [to extend a railway line from Livingston] to Wilsall.” Natalina’s mother found a job in a garment factory in Chicago. As soon as he could, her father sent money, and the family moved to Livingston.

The Indendis were one of many Italian families who immigrated to
Livingston to work for the railroad. Natalina’s father and the fathers of her friends built extension lines for the Northern
Pacific and worked as yardmen and mechanics in the roundhouse “shops.”

By 1907, the roundhouse’s capacity had
tripled, and sixteen trains a day passed through
Livingston. At that time, the Northern Pacific employed over eight hundred people, all of whom were men.

When many of those men joined the army during World War I, the Northern Pacific hired women as office workers. Additionally, two dozen

Natalina Indendi became one of the “dirty dozen” who wiped down the engines, greased the wheels, and operated the turntables in the roundhouses. She quit in 1921 when she married Marco Parisi, a fellow Italian immigrant and Northern Pacific employee.