1920 Home Rule Act passed by the British Parliament, dividing Ireland into two parts; it is rejected by the southern counties, where the Ango-Irish war continues for a year.

538 Witiges, King of the Ostrogoths, ends his siege of Rome, retreats to Ravenna, leaving the city in the hands of victorious Byzantine General Belisarius.

1455 First record of Johannes Gutenberg’s Bible, letter dated this day by Enea Silvio Piccolomini refers to the bible printed a year before.

1781 William Herschel sees what he thinks is a “comet” but is actually the discovery of the planet Uranus.

1903 Fall of the Sokoto Caliphate in Northern Nigeria, the British claim supremacy on over 500,000 square miles.

1794 Eli Whitney patents the cotton gin machine revolutionizing the cotton industry in the southern US states.

1900 US currency goes on gold standard after Congress passes the Currency Act.

2013 Xi Jinping is named as the new President of the People’s Republic of China.

221 Liu Bei, a Chinese warlord and member of the Han royal house, declares himself Emperor of Shu-Han, claiming legitimate succession to the Han Dynasty.

1493 Christopher Columbus returns to Spain after his first voyage to the New World.

1783 In an emotional speech in Newburgh, New York, George Washington asks his officers not to support the Newburgh Conspiracy. The plea is successful and the threatened coup d’etat never takes place.

597 BC Babylonians capture Jerusalem, replace Jehoiachin with Zedekiah as king.

1867 First publication of an article by Joseph Lister outlining the discovery of antiseptic surgery, in “The Lancet”. 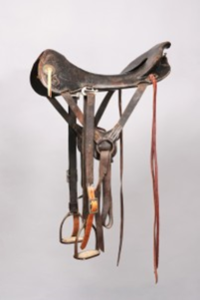