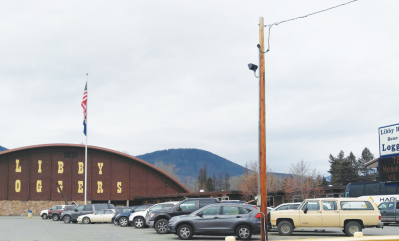 Libby’s Chief of Police, Scott Kessle, talked with The Montanian about a proposed levy that would fund a School Resource Officer (SRO) for Libby. The officer would be specifically assigned to work at Libby’s schools while school is in session.

There is currently a levy proposed to fund the SRO position, and a vote will be held on Tuesday, May 7. If you have an opinion one way or the other, make sure to place your vote.

“Columbine was a real eyeopener for us,” said Chief Kessle in reference to the April 20, 1999 school shooting massacre. That day, 12 students and a teacher were murdered by two other students in a Colorado town. “We knew that we needed to do something to add more security to our schools.”

In the past Libby schools had a SRO officer paid for by a federal funded grant, but unfortunately as soon as the grant ran out, a proposed levy was denied and the SRO officer was removed. Chief Kessle and the Libby School District would like to bring a SRO back to roam the halls, hang with the kids, and ensure their safety.

There is already some money allocated to pay for a SEO thanks to Flathead Electric Cooperative (FEC) who, last year, approved a grant that would cover approximately one third of a SRO’s salary in Libby.

“It’s more than just eating lunch with the kids at the same table every day. The officer would be building a rapport with the kids as well as giving them someone to confide in. The SRO would be the first one there if a crisis arises, someone that students know that they can turn to. Think about the potential fights or vandalism that an officer could stop because he/she may hear rumors from kids beforehand,” said Kessle.

Following the award of funds from FEC, Kessle, Superintendent of schools, Craig Barringer, and Mayor Brent Teske all sat down and discussed how to get the remaining funds needed to cover a SRO position. The schools didn’t have enough money in the general fund to pay for an officer, and they also expect to take a cut in funding this year of approximately $20,000. Together, the group came up with a solution that would be minimal to the community financially, and address the concern of local children’s personal security.

Libby Public Schools is asking taxpayers for a $70,000 annual levy to fund the SRO remaining expenses. The mill levy would mean an extra $14.88 annually on tax bills for homeowners with a home valued at $200,000.

The SRO would be a money saver for the City as well, as he or she would be able to cover other officer’s vacations. That would be a savings, rather than having to pay overtime for another officer to cover the vacation. Although they want to save money, the Police Department doesn’t want to hire just anyone for the role. Working with children requires a certain individual who knows how to interact with them.

“We have to have the right person for the job,” Chief Kessle said. “It needs to be someone that has experience and not someone who is just looking for an easy retirement job. For example, it takes me about four minutes to get to school. If there was an active shooter situation, statistics show us that one person will die every 15 seconds when the intent is to kill. We have to have someone who is ready and capable to act as needed.”

That means that a total of 16 kids could potentially be shot in the time that it would take Kessle or any officer to get to the school if there was a shooting. If there were an SRO on site, he or she would be able to act immediately, while the other officers were on the way.

“The goal is not to disguise the problems, but to solve them. Helping people means arresting them other times it means being a guidance counselor or a supportive person in the community,” said Chief Kessle.