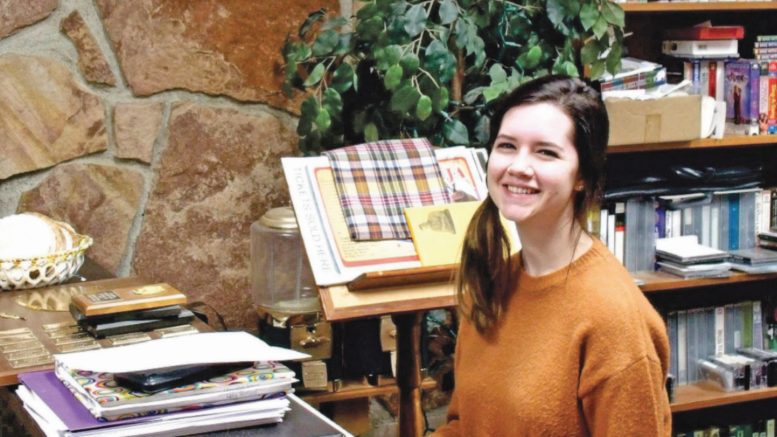 They don’t call it the Big Apple for nothing. New York City, with an estimated population of ten million residents is know for many things.

It is called home by some of the toughest people in the world. And yes, they are street wise and tough, but many are also intelligent, kind, caring, and culturally savvy.

The residents of NYC include representatives of literally every country in the world. As one negotiates the bustling pace of Manhattan streets, it’s a good idea to keep all senses alert for trouble. But there is beauty in the beast of this dangerous city.

An individual walking and observing goliath buildings that scrape the sky, can be effected by vertigo. But as they walk, they are treated to the delicious smells of diverse, ethnic cuisine.

The audio is an interesting arrangement of international languages expressed in a variety of pitches that reach a crescendo together. There is a beat to the city streets that does not quit, like it’s people.

This amazing city appreciates and dances to music from all over the world. It is home to some of the best music, and many of the finest music halls on the planet.

World class concert venue Carnegie Hall is located at 881 Seventh avenue, and occupies the east side of 7th avenue between West 56th St. and West 57th St., two blocks south of Central Park. Approximately ten city blocks to the northwest is Lincoln Center for the Performing Arts. The Carnegie facilities are named for philanthropist Andrew Carnegie, and actually are comprised of three halls, and Libby student Sophie Douthit gets to perform in one of them, an experience of a lifetime awaits her.

The main hall at Carnegie is composed of the Stern Auditorium and the Perlman Stage, the Zenkel Hall which was originally called Recital Hall, and the Weill Recital Hall.

Designed by architect William Burnet Tuthill, the building itself is impressive. It is one of the last large buildings in NYC built entirely of masonry, without a steel frame, though some framework was added later. The exterior is done in narrow Roman bricks of a mellow ochre hue, with terracotta and brownstone details.

Sophie Douthit smiles for the camera as she plays a tune on the piano. Photo by Brian Baxter, The Montanian.

The auditoriums opened on May 5, 1891, with a concert conducted by Pyotr Tchaikovsky. There are absolutely too many famous musical artists to mention here that have performed at this facility.

The odds are that if they were extremely talented and famous, they have played here. However, the architecture is obviously designed for sound, and as this reporter can personally testify the acoustics are phenomenal.

So, there is an old joke about this historic concert hall that goes like this: Rumor has it that a pedestrian on 57th Street in Manhattan, stopped pianist Arthur Rubenstein and inquired, “Could you tell me how to get to Carnegie Hall?” Yes, said Mr. Rubenstein, “Practice.” Well, it certainly appears that Miss Sophie Lee of Libby has been practicing hard.

This opportunity has been made possible by support and nominations from music educators from across the world. Libby High School music teacher, Lorraine Braun, nominated Sophie for this program. Sophie was chosen to audition, and then was selected as one of the participants out of over 18,000 nominations.

The judges apparently loved her beautiful rendition of an old Italian song describing praying to the Virgin Mary. Perhaps they enjoyed the fact that Sophie sang the song in Italian also.

It’s a beautiful thing. Miss Lee told The Montanian that she has enjoyed music and choir since she was little. Lee enjoys the opportunity to express herself, finds it relaxing, and enjoys participating with the other kids.

After working for seven years with Mrs. Braun and being selected, Sophie had this to say, “This is a huge honor. I am so excited that I get to attend and take part in this amazing choir and organization. This experience will be something I treasure forever.”

International finalists will come together for five days in February, have a chance to learn from world-renowned conductors, and get a taste of The Big Apple.

The good folks of Kootenai Country have a chance to help this young woman out. Sophie needs to raise about $3,000 for trip expenses. On November 28, there will be a fund raising spaghetti dinner at the high school with a silent auction at 5 p.m.

Donations can be mailed to her mom’s gift and vapor accessories shop at 513 Mineral Avenue, Libby, MT. 59923. Sophie has a Go Fund Me Page setup, and folks can email her at: sophie18lee@gmail.com.

This is definitely a young woman worth helping. As she discussed her other passions such as speech, drama, academic pursuits, and hiking, she would pause and mention what an amazing teacher Mrs. Braun is, and how thankful she is for the family support.

It seems her Mom and Dad, Sandra and Troy Douthit, as well as her brother Cayman, her Great Aunt, and Grandma have all been excellent.

When asked, since she was into nursing also, if she saw a connection between nursing and music, Sophie gave this interviewer some insight into her humble personality. She replied, “I think that I love trying to make peoples lives better and putting a smile on patients and my own face brings joy to my heart. Memories, experiences, and accomplishments like life, mean something and won’t go away. Not like money, that doesn’t really matter as much.”