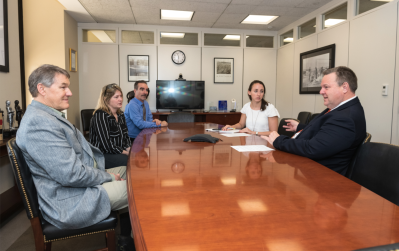 This declaration that no more cleanup is needed at the property follows EPA’s announcement, earlier this year, that their active cleanups of Libby (OU4) and Troy (OU7)properties are complete. OU4 and OU7 aren’t expected to be delisted for some time. OU2 is the first of the eight operable units at the Libby Asbestos Superfund site to be removed from EPA’s NPL. The site was first placed on the NPL in 2002 because of high levels of Libby Amphibole asbestos in the Libby and Troy area.

Although not much will actually change, the delisting marks a big step towards moving beyond Libby’s 20-year struggle to overcome the public health risk and the stigma of community-wide asbestos contamination.

According to Deb Thomas, EPA Acting Regional Administrator, “The deletion of these properties from the Superfund list reflects the progress EPA and our partners continue to make in cleaning up and restoring properties in Libby.”

A history of decades of asbestos-tainted vermiculite mining and processing in Libby caused the contamination which was realized in 1999. EPA’s cleanup started in 2000 and continued until just recently.

Although we’re moving in the right direction, some questions remain. Primary is how to pay for any future cleanup needs so that property owners aren’t responsible and recontamination doesn’t cause additional endangerment of public health.

Lincoln County’s public health officer, Dr. Brad Black, and others from the Center for Asbestos Related Disease (CARD) met with Senators Tester and Daines in Washington D.C. on Wednesday, April 3 to discuss these topics and more.

They also attended a budget hearing with EPA’s Administrator Andrew Wheeler where both Senator’s asked Wheeler about asbestos and Libby.

Tester and Daines both issued press releases after the visit. Tester’s release focused on EPA’s toxic review of asbestos as part of the Toxic Substances Control Act (TSCA), ensuring that benefits of the Affordable Care Act that provide health benefits for Libby remain, that cleanup costs aren’t shouldered by residents, and a new bill he recently introduced to ban asbestos.

Daines’s  press release focused on achieving an outcome that protects the people of this country and a need to “prevent future tragedies like we’ve seen in places like Libby.”   He also addressed the issue of making sure funds are available for any future cleanup needs at Libby’s Asbestos Superfund site.

Both of Montana’s senators seem to agree that asbestos is dangerous and needs to be cleaned up, and that Libby’s asbestos legacy could serve to help others from being exposed in the future.

Per Dr. Brad Black, Lincoln County’s Health Officer and CEO of CARD, “asbestos is a know carcinogen and should not be a partisan issue,” but things are a bit more complicated in congress.

The new bill that was introduced by Tester and others on March 7 is called the Alan Reinstein Ban Asbestos Now Act of 2019. To date, it is not a bipartisan bill. It is named after the late husband of Asbestos Disease Awareness Organization’s (ADAO’s) cofounder, Linda Reinstein, who has focused on asbestos disease education, advocacy and community for 15 years.

The bill would ban importation, manufacture, processing and distribution of all forms of asbestos, including Libby Amphibole, within 12 months.

The alternative would include reliance on EPA’s TSCA and a Significant New Use Rule (SNUR) which would require industry to notify EPA before resuming certain discontinued uses of asbestos. This more limited scope wouldn’t ban asbestos.

“What other preventable diseases that cause forty thousand deaths per year have we not taken action on? It’s time to address asbestos.” said Dr. Brad Black, Lincoln County’s Health Officer and CEO of CARD