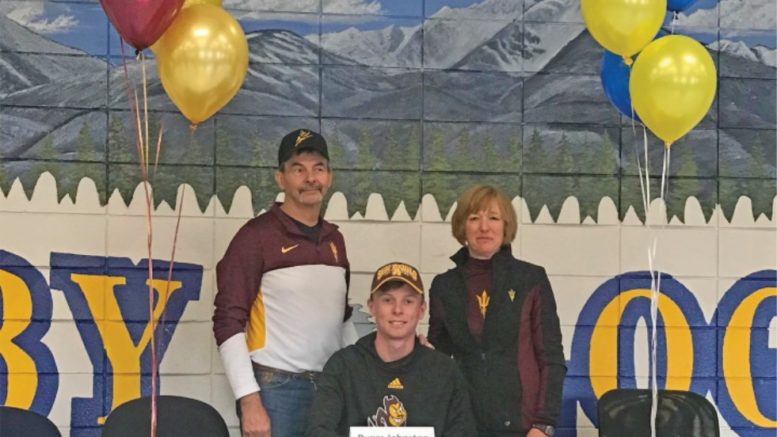 Every year, November 14 is the National Letter of Intent day. High school students nationwide, going to a Division 1 or Division 2 college or university had the opportunity to sign their initial letters of intent to the universities they plan on attending in the near future.

Libby High School Seniors Alli Collins and Ryggs Johnston both singed their letter of intent last week. Collins will be attending Dickinson State University in Dickinson, North Dakota next fall to continue her education and volleyball career. The volleyball coach from Dickinson traveled to Libby to watch Collins sign her letter of intent, and she gave Collins a volleyball jersey with number 1, which is also Collins’ current high school number.

Ryggs Johnston signed his letter of intent for Arizona State University in Tempe, Arizona. He will be attending next fall and is planning to follow his golf career and get a degree in business.

Coaches, family, and supporters all lined up to watch and congratulate these two student athletes for taking the next step in their future.

Ryggs Johnston poses with his family at LHS after signing his letter of intent to  Arizona State University. Photo by Breeanna Runyan, The Montanian. 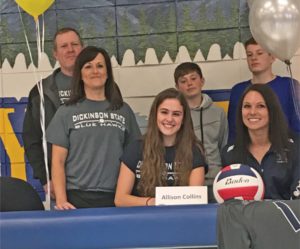 Alli Collins is surrounded by happy faces after signing her letter of intent with Dickinson State University. Photo by  Breeanna Runyan, The Montanian.